The Hero Xpulse 200 BS 6 is the most affordable adventure bike in India.It promises a fairly unique package unlike anything in its segment.
By : Prashant Singh
| Updated on: 19 Aug 2020, 08:47 AM Originally introduced almost 9 years back, the Hero Impulse gained a cult status among off-road enthusiasts for being an absolute legend. It offered a glimpse of what affordable and lightweight dual-purpose bikes were made of. The Impulse was definitely a bold step from a brand which made its roots selling mass-segment products. It was clearly ahead of its time, but sadly India's only affordable adventure bike found not many takers since the country was yet not ready for such a product. As a result, it was taken off the shelves in some time, only to make a comeback in a more powerful, and technologically sophisticated version, the Xpulse 200. And only recently its cleaner BS 6 version was launched and here's what it has up its sleeves.

The latest Xpulse 200 now gets a cleaner engine along with an oil cooler unit which was present on the original concept shown at the last EICMA, a new re-positioned bash plate, and it is now only limited to the fuel injection variant while the carburetor has been discontinued for obvious reasons. Apart from these updates, the rest of the bike remains more or less the same.

In terms of exterior design and styling, it is rather hard to distinguish the BS 4 and BS 6 Xpulse 200 bikes save for the bulge at the right side of the engine header. Details like the retro-themed circular LED headlamp, hand guards, and beak shaped front mud flap make it look like a proper dirt bike. The rear grab rail is also quite prominent and easy to hold on to, also it has been designed to strap on luggage easily for long distance traveling. Feature wise, things remain unchanged and it gets single channel ABS and the same all-digital dash which shows more than the regular information along with navigation.

What about the updated engine?

With the BS 6 update, its 199 cc single cylinder may have lost a bit of steam as it churns out slightly lower 17.8 bhp and 16.45 Nm. But honestly, the slight drop in the overall output figures is too low to consider, and doesn’t bring any difference when you ride it out on the everyday roads.

No noticeable difference means, the engine stays the same smooth and relaxed unit as always. There is no sense of urgency from this engine which pulls up linearly throughout the rev range - perfect for riding in daily city conditions with no heating whatsoever. Though being a dirt bike means a slightly more powerful low-end would have brought a wider grin but, nonetheless, the Xpulse has enough grunt to let the dirt fly off whenever you are ready to crack the throttle open.

It comes with spoke wheels (21-inch front and 18-inch rear) shod on to knobby tyres which are perfectly suited for dirt riding. (Photo: Sabyasachi Dasgupta)

The best thing about riding an adventure bike like the Xpulse is that you sit really higher up from the ground and that gives you a sense of dominance over everything else on the road. Also, its long travel suspension setup with oodles of travel (190 mm front) simply glides over all the undulations that you face on everyday roads, and it is fairly simple to play around on it since the Xpulse is a very lightweight bike at 157 kg. But if you are somebody who likes to ride like a lose canon, zipping through the traffic like your tail is on fire, then this might not be the bike for you. Its long travel suspension (as on a typical adventure bike) may not offer the most precise cornering experience. At the same time, its handlebar feels so wide that you wouldn't want to risk riding it fast in the traffic.

Also, you might not want to consider it for long tours since its narrow seating provides limited comfort and high-speed stability on the Xpulse is simply not the best. But that's a compromise you'd have to make for any lightweight ADV which talks business off the roads.

Its humble 823 mm seat height (by off-road standards), along with thin geometry makes it a capable adventure tool. Also, its 220 mm of ground clearance is a boon when exploring the unexplored. You can simply take it to the toughest routes you wouldn't dare going on a heavier adventure bike and that’s the key USP of Xpulse. 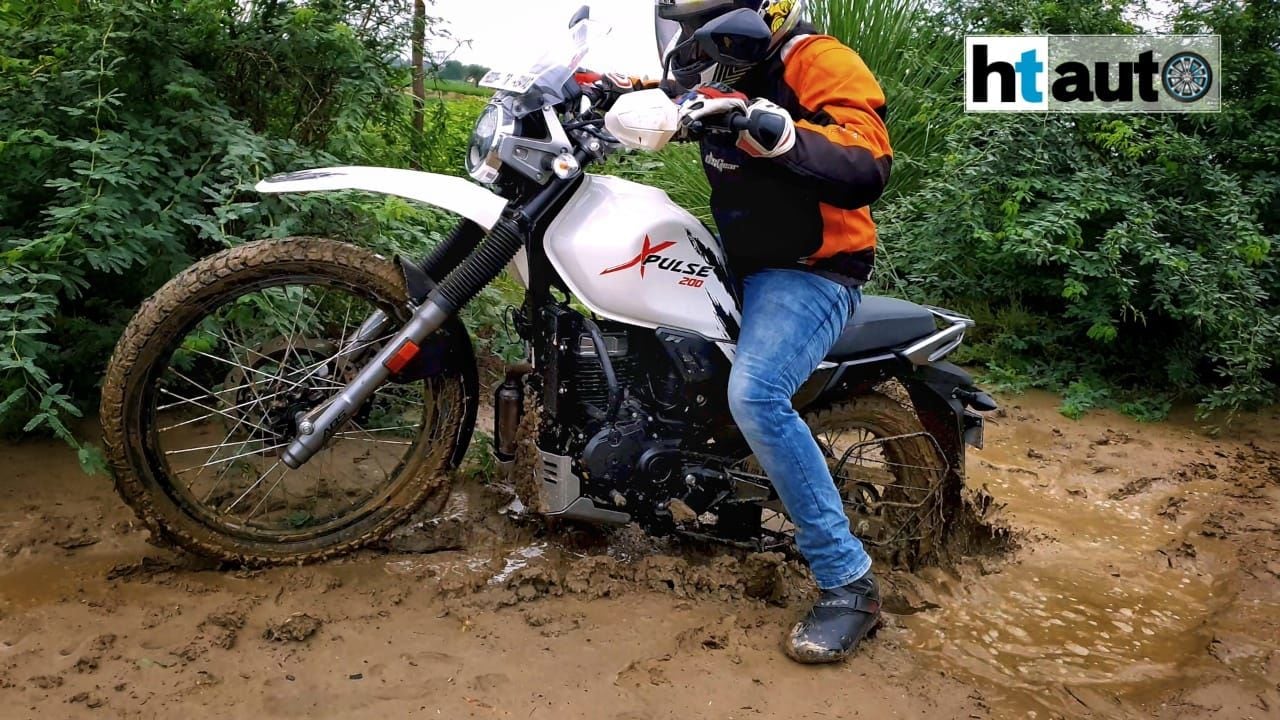 Its 220 mm of ground clearance is a boon when exploring the unexplored. (Photo: Sabyasachi Dasgupta)

For the current asking price of ₹1.12 lakh (ex-showroom, Delhi), the Xpulse 200 BS 6 justifies every single penny you spend on it. Even after the last price hike, the Hero Xpulse 200 remains the undisputed king of affordable adventure bikes in India. It is simply one of the most capable bikes you can buy if running on a budget and want to opt for something that teaches you the very basics of going off-road and won’t cost a bomb in a longer run.