Hero MotoCorp has pointed out that several factors have been contributing to the growth of the two-wheeler market's revival after the Covid blow.
By : HT Auto Desk
| Updated on: 27 Feb 2022, 11:17 AM 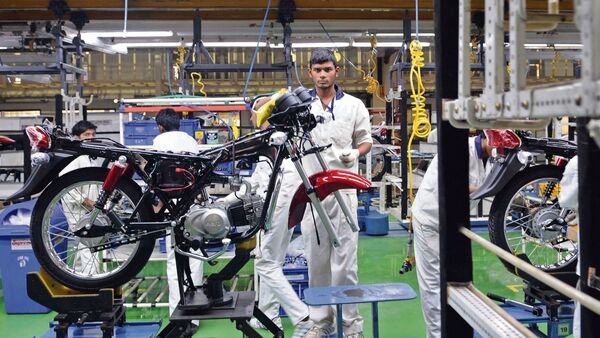 Hero MotoCorp expects the disruption will subside resulting in growth in two-wheeler market.

Hero MotoCorp expects that the Indian two-wheeler industry will make a strong comeback in FY23, as Omicron is subsiding and a broader economic recovery is in sight. Hero MotoCorp CFO Niranjan Gupta said that GST collections have increased at their highest ever at ₹1.4 lakh crore, which indicates that the demands are increasing.

"We are seeing now pandemic wave in Omicron actually phasing out..all the other sectors which were either stop-start or not open fully are now opening," Niranjan Gupta said. Hero MotoCorp reported sales of 12.92 lakh units in the December quarter. The company also expects various announcements made in the Union Budget 2022 will trigger employment and boost income. Also, these would boost Capex in the private sector, which would eventually help the two-wheeler sales to grow.

Gupta further said that the reopening of colleges, the hospitality sector and the entertainment sector augurs very well as far as the income and rural demand is concerned.

He said that the company expects a much broader economic recovery rather than a shallow recovery in FY23. “We have also seen the budget which is widely focusing on capex expenditure up by 35 per cent over the last year and that would trigger a cycle not only of employment and income but also actually trigger a private capex cycle," he further added.

According to him, all the factors combined would have a significant positive impact on the economy in general and the two-wheeler sector in particular. He also noted that there is an improvement in the commodity prices which would help in easing cost pressure going ahead.

"So overall when we look at the outlook for fiscal year 2023, we expect strong rebound in the two-wheeler sector and we do expect the cost pressures to ease off in industry as such," Gupta noted.