Harley-Davidson bikes are back in India, first batch of bikes booked out

Harley-Davidson motorcycles had tied up with Hero MotoCorp for distribution rights of its bikes on sale in India, after the US-based two-wheeler manufacturer decided to shut down operations here.
By : HT Auto Desk
| Updated on: 04 Aug 2021, 10:24 AM 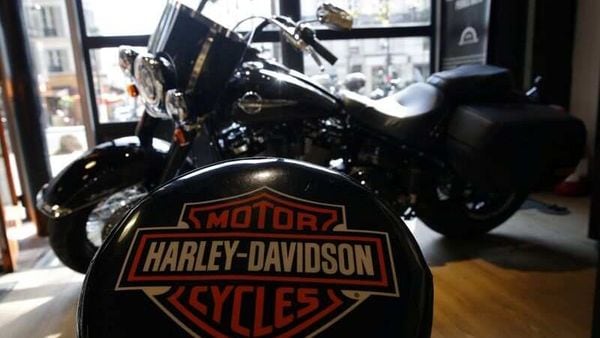 Harley-Davidson motorcycles are back in India through Hero MotoCorp's retail outlets. The first batch of around a hundred Harley bikes that were earmarked for the Indian customers for this year have been completely booked.

Hero MotoCorp, the world's largest manufacturer of motorcycles and scooters, began the process of selling Harley bikes through its outlets by opening pre-bookings back in April this year. Around 13 models have been picked for sale in India, costs of which range between ₹10 lakh and ₹35 lakh (ex-showroom).

"The company has received bookings for more than 100 motorcycles already, including the complete lot of the upcoming Pan America 1250 adventure motorcycles. The other models include the likes of Softail, Fat Bob, and Street Bob motorcycles," an industry source was quoted by news agency PTI.

Harley-Davidson have already started to assign the next set of motorcycles for the Indian customers after the first lot was completely booked. It has already started taking bookings for the next batch, according to the source quoted by PTI.

Harley-Davidson motorcycles had tied up with Hero MotoCorp in October last year for distribution rights of its bikes on sale in India, after the US-based two-wheeler manufacturer decided to shut down operations here. Hero MotoCorp now has 12 Harley-Davidson dealers across India and also increased the number of touch-points.

"We will be soon making an announcement on the commencement of the retail sales of Pan America 1250 in the country. We will share further details at that time," a Hero MotoCorp spokesperson was quoted by PTI.

Hero MotoCorp is also planning to launch premium motorcycles to be sold under the Harley-Davidson brand in India. The Indian two-wheeler manufacturer hopes its tie-up with Harley-Davidson will speed up its presence in the premium bike segment where it aims to establish a complete portfolio.

Hero MotoCorp is currently the leader in the segment which has motorcycles with 100cc 110cc engines. Hero is also planning to launch electric two-wheelers, both in the mass and premium segments, soon.