Harley-Davidson had entered Indian market in 2009.Harley announced towards end of September that it will discontinue its sales and manufacturing operations here.Hero MotoCorp will now develop and sell a range of premium motorcycles under the Harley brand name.
By : HT Auto Desk
| Updated on: 27 Oct 2020, 05:59 PM 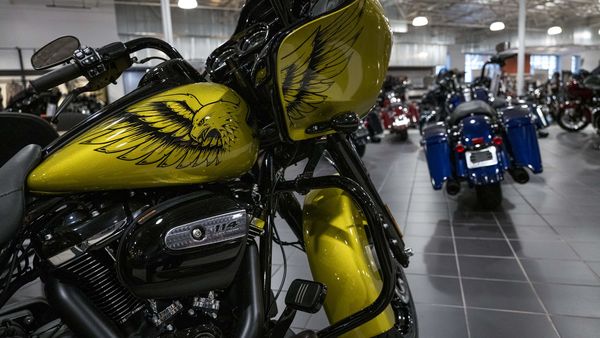 Harley-Davidson and Hero MotoCorp have officially confirmed a distribution agreement that will now allow Hero MotoCorp to sell and service bikes of the former in the Indian market. This comes Harley-Davidson had announced late September that it will discontinue its sales and manufacturing operations in the country.

The tie-up was under works for some time now but neither of the two companies had made an official statement regarding this until now. "This arrangement is mutually beneficial for both companies and riders in India, as it brings together the iconic Harley-Davidson brand with the strong distribution network and customer service of Hero MotoCorp," the Indian company, which is also the world's largest maker of motorcycles and scooters, informed in a press statement.

The agreement between Harley-Davidson and Hero MotoCorp is significant because of a number of reasons, especially because fans of the premium motorcycle brand will now continue to have the option of buying bikes and merchandise despite Harley packing bags from India.

Harley-Davidson's entry into the Indian market back in 2009 had given hopes of the premium bike segment here expanding manifold. The reality, however, was anything but.

Covid-19 outbreak also led to massive challenges for the premium and iconic brand worldwide with the company even struggling in its home market of the US - India accounted for only 5% of its global sales anyway. The entire restructuring cost for the year 2020 is now pegged at $169 million as the top management of the company looks at tightened supplies and production cuts. Overall, the product portfolio is expected to be trimmed by 30 per cent and renewed focus only reserved for the North American, European and select Asia-Pacific markets.