Electric scooters provide a cheaper way of transportation for daily commuters.They are becoming fairly popular in the Indian market due to considerably less cost of ownership against the traditional ICE-powered alternatives.
By : HT Auto Desk
| Updated on: 21 Oct 2020, 10:19 AM 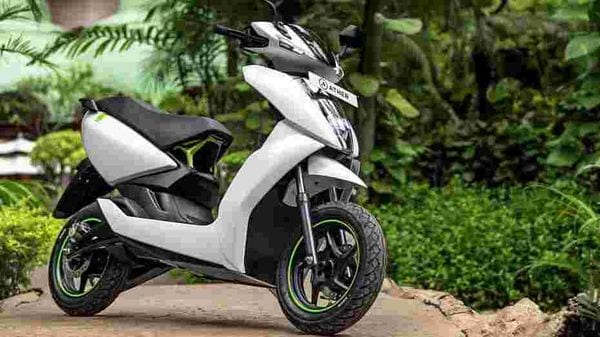 Electric vehicles are becoming a trend not only in India, but across the globe. Several new EV start-ups are sprouting across the country which are encouraged by the government's latest EV policies. Here's a list of some of the best electric scooters you can look out to buy this festive season.

Ather Energy is one of the fastest growing EV startups in India. Currently the brand only operates in the southern Indian cities such as Bengaluru and Chennai, but it is soon expanding across a number of other locations including Delhi and Mumbai.

The Ather 450X is the flagship offering from the company. Very recently, the company has also announced a 'collector's edition of 450X'. It gets a 6 kW PMSM electric motor which is juiced up from a 2.9 kWh lithium-ion battery.

Bajaj have had a fairly long 'scooter making' experience. Though it parted ways with this segment a few years back, but the continuously rising sales forced the Pulsar maker to reflect on its decision of 'not making scooters anymore'. The Pune base automaker re-introduced the 'Chetak' brand in India in early 2020. This time around, the Chetak was featured in a battery powered avatar.

The new Chetak has received positive reviews ever since its comeback in the market. Currently it is only available in select Indian cities, but the company has a plan of expanding Chetak's reach to a majority of Tier-I cities soon.

Coming on to the mechanical aspects of the scooter, its electric motor delivers 3.8kW/4.1kW (continuous/peak power). This motor then sends across power to the rear wheel via a unique automated transmission. The scooter packs a 3kWh, lithium-ion battery which is known to deliver a real world full charge range of 95 km. The scooter also features two riding modes - Eco and Sport.

The iQube scooter comes with a 4.4 kw electric motor which propels the two-wheeler to 78 kmph's top speed. It has a full range of 75 km in one full charge and is capable of accelerating from 0 to 40 kmph in 4.2 seconds. The scooter also comes with the company's SmartXonnect platform which encompasses multiple features such as geo-fencing, remote battery charge navigation, among others

The Hero Optima HX City Speed electric scooter features a 550W motor which sources power from a 51.2V/30Ah lithium-ion battery pack. This setup propels the scooter to a top speed of 42 kmph and delivers a full charge range of up to 82 km per charge. It is one of the good options to consider if you are looking for a value for money option.

The Magnus Pro features a lithium-ion unit, unlike the Magnus 60 which gets a lead-acid battery. It uses a 1.2 kW motor and has a claimed top speed of 55 kmph and its lithium-ion battery lasts up to 75 to 80 km.