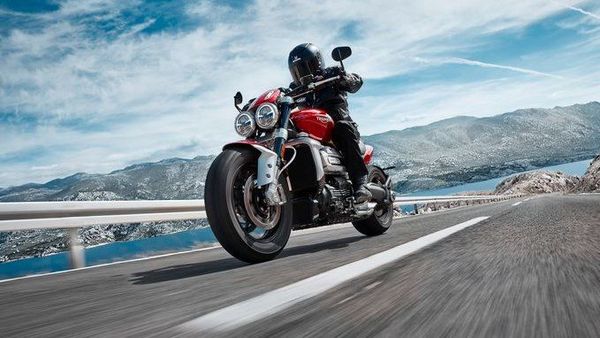 NEW DELHI : British premium bike maker Triumph Motorcycles expects India sales to grow 5-10 per cent in the 12-month period ending June 2020 on the back of new products, which are expected to make up for the low offtake in first half of the year, according to a senior company official.

It is also gearing up to roll out BS-VI compliant bikes from January and have its entire range under the new emission norms by March.

"We are seeing a decent 9-10 per cent growth in September-November compared to the same period last year. This is a positive sign after a weak July-August," Triumph Motorcycles India General Manager Shoeb Farooq told PTI.

He said the company is looking at a growth of 5-10 per cent in December.

"If this continues we are looking at crossing 1,000 motorcycles for the ongoing financial year (July-June), which will be around 5-10 per cent increase over the last financial year," Farooq said, adding most of the BS-IV to BS-VI transition would be managed by January-February.

Then from March onwards, he added,"We will get into BS-VI portfolio. So, the whole four months with new BS-VI products, I think we should be able to cover for some volumes in the last three-four months."

For Triumph, he said, "The first half of the year was difficult as we didn't have new products and all the new products for us are coming in the second half."

The company had recently unveiled its flagship 2,500 cc bike, Rocket 3R which will hit the market in January.

Stating that two more products are to be launched between January and June, he said those products are also commercially very important and contribute to almost 45 per cent of the company's volume.

"So with those two new products, Rocket 3R being there and BS-IV also giving an opportunity to increase our retail, all these things are coming together and it should be a good second half," Farooq said.

On Rocket 3R, he said,"In a good year we should end up doing 75-100 units, and for that kind of a product it is not really small."

Overall, the industry has been going through a pretty tough phase which started in August last year and till now the market continues to be weak overall across the brands, Farooq said.