Ducati is concentrating on synthetic fuels and states an electric motorcycle may not offer the same dynamics that its bikes have always been known for.
By : HT Auto Desk
| Updated on: 13 Apr 2021, 10:12 AM 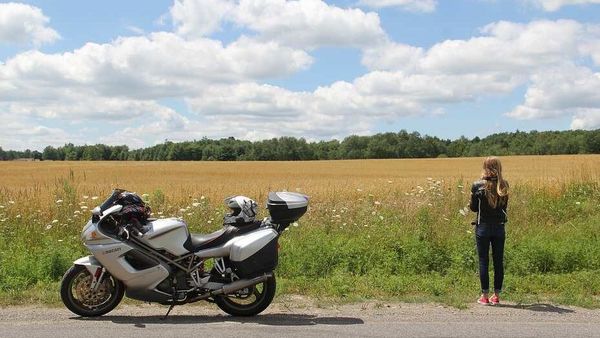 Around two years after confirming plans are afoot for an electric motorcycle, Ducati appears to have dialed back on using battery power to power its next-generation of offerings. The Italy-based company is learnt to have had a re-think about its electric plans and a company official reportedly stated that no such product is likely in the foreseeable future.

Francesca Milicia, VP of Global Sales at Ducati, is learnt to have elaborated on just why an electric Ducati may not make much sense currently. "Will we produce an electric Ducati soon? No. We think that for the kind of machine we produce now, an electric motorcycle cannot guarantee the pleasure, the range, the weight, etc., that Ducati riders expect," he said, as per a report in Motorcycle News. "We are also looking carefully at other solutions for zero or minimal emissions, such as synthetic fuel. Other brands in our group such as Porsche are looking at it and it’s something we are looking at in the medium term."

Milicia isn't, however, slamming the door firmly shut. "We are thinking and working on electric. We are part of a group that’s going quickly towards electrification and it’s a good opportunity for Ducati."

But the fact of the matter is that anyone who may have been enthusiastic about the prospect of buying an electric Ducati may now have a much longer wait at hand.

Reports of Ducati possibly working on an electric motorcycle had gathered credibility after CEO Claudi Domenicali had outlined the vision back in 2019. "The future is electric, we’re not far from starting series production," he had said.

Then, the world changed forever.

While it isn't known if the Covid-19 pandemic may have forced Ducati to have a re-think or it is just a simpler case of staying pure in the romance with conventional engines. What is evident though is that even if Ducati does eventually roll out an electric motorcycle, that eventuality may well be in the distant times.