Bikes to be discontinued in India after BS 6 transition 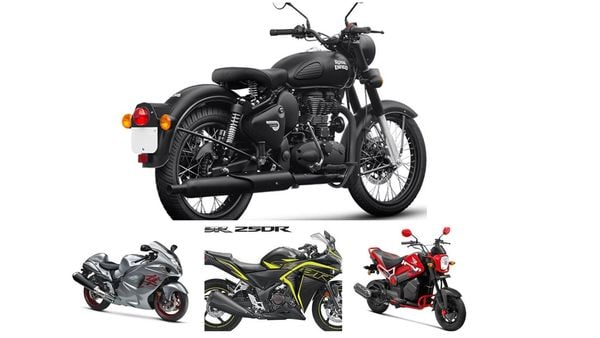 Update to the latest BS 6 emission norms would mean that several two-wheelers which aren't getting tweaked as per the new emission requirements will be axed post March 31st. Sadly, some very iconic bikes and scooters are also a part of the list.

The Honda CBR250R has been ruling the quarter-litre sport touring segment in India for more than a decade now. But it won't be wrong to say that the new entrants from Bajaj and KTM, have clawed the limelight from the CBR250R. Now, several reports say that the bike isn't getting the BS 6 update anytime soon and thus the company will pull it down from the official line-up by April 1st.

The Yamaha YZF-R3 needs no introduction. It has been ruling hearts with its twin-cylinder symphony since near about 5 years now. Originally launched as a BS 3 model, it received a BS 4 update back in 2017. Internationally, Yamaha has already introduced an update to the bike which is said to arrive in India later this year. Till then, the bike will not be available for sale any more.

The BS 6-era would bring the end-of-the-line for Honda's monkey bike or scooter, or whatever style the Navi represents. While it may not have significant demand in the Indian market, it is still a strong-selling product in Latin America. Thus, its production will not stop and it would still be exported to the international markets (from India).

While the Classic 350 will soon be updated to the required BS 6 norms, its bigger counterpart, the Classic 500 will be taken off the shelves.

Apart from the Navi, Honda Cliq will also be axed from the company's line-up. HMSI has already officially confirmed it, earlier in 2020. The Cliq was originally developed for the Indian rural market, but it was an experiment that didn't fetch enough numbers which the company desired. Hence, it will not be available on-sale any more.

Along with the Classic 500, the Royal Enfield Bullet 500 will also be discontinued in India. The Bullet 500 isn't exactly a very high selling model so the company will do away with its BS 6 update altogether.

Apart from everything above, more two-wheelers such as TVS Scooty Pep Plus, Honda Aviator, Old Hero Pleasure, Hero HF Deluxe/Splendor+, and Bajaj CT100 will also not be updated.

Suzuki Hayabusa has also been taken down after the current BS 4 model was completely sold-out in the country. There is no word on the updated BS 6 model anytime soon. Also, our dealer sources suggest that there won't be any update to the iconic sport tourer until the next-gen model arrives in 2021/2022.