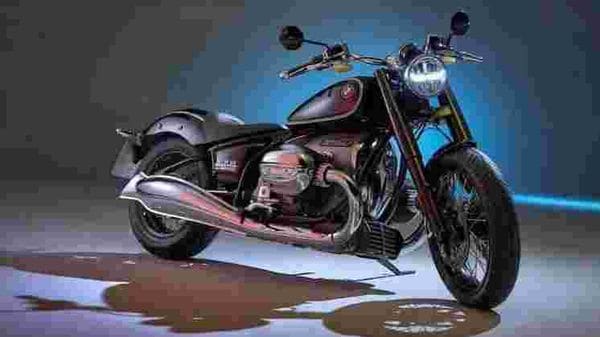 BMW Motorrad India is all set to introduce the new R 18 cruiser in the country on Saturday (September 19). The BMW's latest cruiser will be a direct rival against the competitors such as Harley-Davidson Fat Boy and the recently launched Triumph Rocket 3 GT.

Dealer sources indicate that the pricing of the new R18 could start somewhere from around ₹20 lakh - ₹21 lakh (ex-showroom) for the Standard version. There will also be a 'First Edition' version available on the bike which could be slightly costlier.

Though this speculative pricing might not be accurate, but seeing the kind of package the R 18 promises to offer, the price doesn't seem ridicule to say the least.

The company began accepting bookings for the new cruiser since April at a token amount of ₹1 lakh. The bike has already started to arrive in the company's dealerships all over India.

At the heart of the BMW R18 cruiser sits a massive 1,802 cc, air/oil-cooled engine which is the main highlight of the bike. As per BMW, this is the largest ‘boxer’ engine produced by them. It uses an exposed drive shaft, similar to the old BMW cruisers from the 1930s.

Albeit, it might look inspired from the heritage cruisers on the outside, but it will be a fairly modern machine underneath. It will feature three riding modes, Rain, Roll and Rock, switchable automatic stability control (ASC) and engine drag torque control or MSR. It will also be offered with a reverse gear driven by an electric motor. This feature will certainly come handy since the bike tips the scales at a solid 345 kg.