The Bennelli 600RR is also expected to be launched in the Indian market soon after its international debut. It will lock horns with the middleweight sportbikes such as Kawasaki Ninja 650 and the Honda CBR650R.
By : HT Auto Desk
| Updated on: 24 May 2020, 01:25 PM 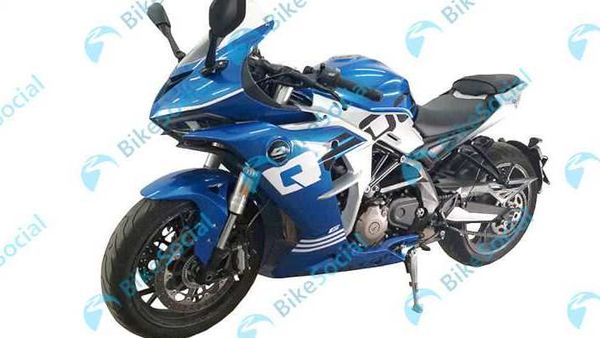 Benelli is developing a number of interesting products for the future. Only a few days back its next-gen 600i middleweight naked was spotted in production ready form and now a fully-faired version of the same bike has been leaked in a new patent image.

For the uninitiated, the company discontinued the Tornado 1130 almost 6 years back and since then the Chinese owned Italian bike maker has been out of the big capacity sports bikes league. But now it's about to change with the '600RR'.

As the patent image suggests, the bike's exterior design is completely brand new and unlike anything seen on its previous sportsbikes. The front fascia uses sharp lines and features twin headlights, not very original styling though. There's also a small air-intake unit which sits smartly beneath the headlamps. The side fairings have huge gaps which should provide for slightly better cooling from the system.

The tail-end design, for obvious reason remains identical to the next-gen 600i model but its not very pretty considering it's a sportbike. This cut-short tail-end and rear tyre hugger completely obliterates its rear-fascia.

It's low slung clip-ons and rear-placed foot pegs suggest that it will offer a rather aggressive riding stance. At its heart will be placed a Euro5/ BS 6 compliant 600 cc, in-line four cylinder engine which will push out 80 PS of maximum power.

Some reports also suggest that it will benefit from Brembo brakes assisted by Bosch 9.1MB ABS and will tip the scale at 215 kgs.

While the company originally planned to introduce the bike around mid-2020, the plans have been delayed due to the market disruption caused by the coronavirus pandemic.

Expect the motorcycle to land on the Indian shores soon after its international debut. It will lock horns with the middleweight sportbikes such as Kawasaki Ninja 650 and the Honda CBR650R.