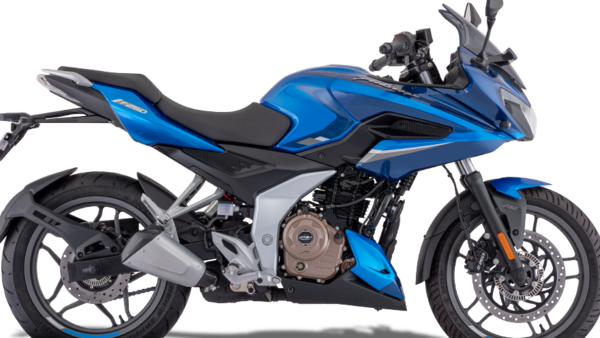 All the body panels such as the headlight cowl (on Pulsar N250), fairing (on Pulsar F250), front fender, engine cowl, fuel tank, and the rear panel, come painted in Blue. In addition to that, the company has also used colour matching wheel strips for the bike's alloy wheels. The overall changes on both models are limited to just the paint options.

At the heart of the bikes remain the same 249cc, single-cylinder, oil-cooled engine. This unit has been rated to develop 24.1 bhp of maximum power, backed up with 21.5 Nm of peak torque. The engine comes mated to a 5-speed transmission unit. Some of the key features of the new Pulsar 250 include full-LED lighting, a semi-digital instrument cluster, and a slipper clutch, all of these features have been offered as standard.

In similar updates, the company has recently announced that the Pulsar 250 has also become the fastest-selling quarter-liter motorcycle in the country to cross the 10,000 unit sales milestone. The bike has crossed this sales milestone within just 6 months of launch. Also, the company is planning to further extend its Pulsar lineup with newer models which are likely to launch in India later this year.

All prices are ex-showroom, Delhi