Bajaj Fluor and Fluir names registered: What it means 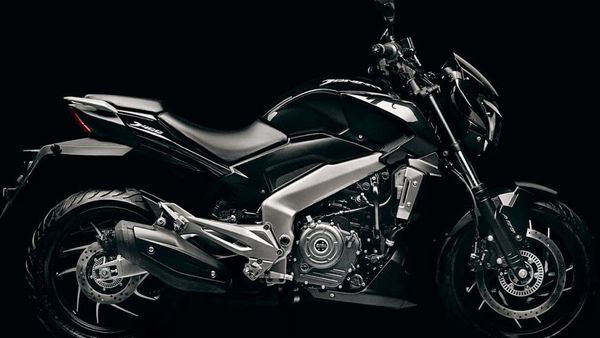 Bajaj Auto has filed a trademark for the "Flour" and "Fluir" names in the Indian market. While there is no official confirmation on the matter, reports suggest that the names could be reserved for the range of upcoming electric two-wheelers from Bajaj. Albeit, it is too early to comment on the same.

Fluir is a Spanish word that means flow (steam of fluids). There is also a chance that since both the names sound similar, only one could be reserved for an upcoming two-wheeler by Bajaj Auto. While Bajaj already has a battery-powered scooter in its portfolio, chances are that the names could be used for an electric bike. 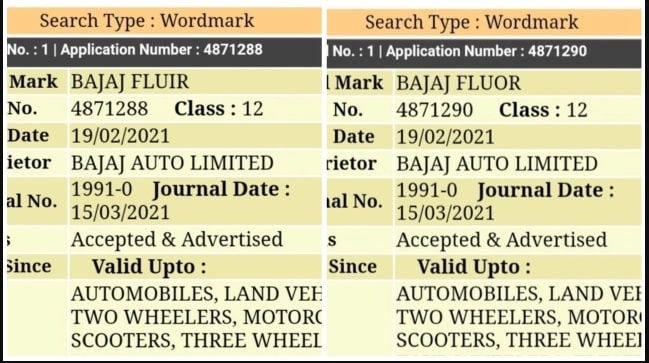 The newly registered names could be used for electric two-wheelers by Bajaj Auto.

While the trademark doesn't necessarily point out that the new names will only be used for an electric vehicle, the chances of them being utilised for conventional ICE vehicles are simply puny. The company already has a range of products in the current ICE-powered portfolio and in order to introduce completely new models altogether, it might have to take down a few models from the existing lineup given the limited availability of resources. On the flip side, there is only one electric offering - Chetak in Bajaj's current portfolio.

(Also Read: Rahul Bajaj steps down as the chairman of Bajaj Auto, Niraj Bajaj to replace him)

Another reason why an electric motorcycle looks like a good bet for Bajaj is that the trio - Bajaj, KTM and Husqvarna is planning to ramp up its electric portfolio. While KTM and Husqvarna will utilise Chetak's platform, Bajaj may use Husqvarna E-Pilen platform to introduce a new electric bike in the market.

Expect more details to roll out in the next few months.