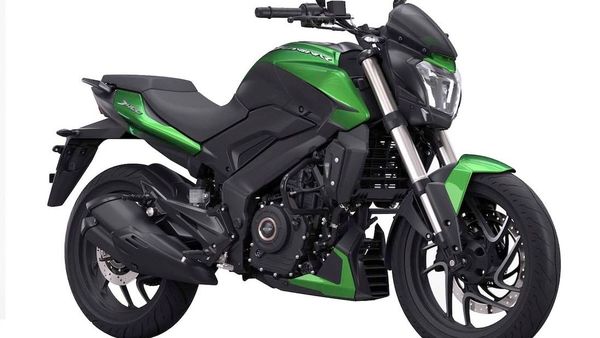 The much anticipated Bajaj Dominar 250 has been officially confirmed for the launch. The home grown automaker will reveal the quarter-litre sibling of the highly acclaimed Dominar 400 in March. The company will also conduct official media rides in the same month.

The motorcycle was spied getting tested on the public roads earlier this year. The spied images were clear enough to provide details on the motorcycle's exterior design and styling, which remain identical to the bigger Dominar 400. On the outside, the 250 cc variant sports the familiar beefy fuel tank along with lower bikini extensions, two-piece LED tail lamps, split grab rail and seats. While the front-end design hasn't been spied yet, but we suspect that the Dominar 250 will borrow the same intimidating robotic headlamp as its bigger model.

As far as changes are concerned, expect thinner tyres and a more conventional box-type swingarm to be part of the package. Also, front suspension duties may be taken over by a conventional telescopic fork instead of the USDs and smaller disc brakes could be used to keep the costs in check, but the same is just a speculation.

In terms of engine and specs, the Dominar 250 will most probably use the 248.7 cc, single-cylinder, liquid-cooled engine which will be shared with the Husqvarna 250 twins and the KTM 250 Duke. The engine is known to deliver 29.6 PS and 24 Nm in the latter, expect similar output for the Dominar 250 as well.

The brand aims to introduce the smaller extension of the Dominar 400 in order to make the motorcycle more affordable, and hence rope in a larger set of buyers who aspire to own a Bajaj Dominar.

Stay tuned to HT Auto for more information on the same.