Home Auto Two Wheelers Ather Energy To Set Up Its Third Ev Plant, In Talks With Many State Governments

Ather Energy to set up its third EV plant, in talks with many state governments 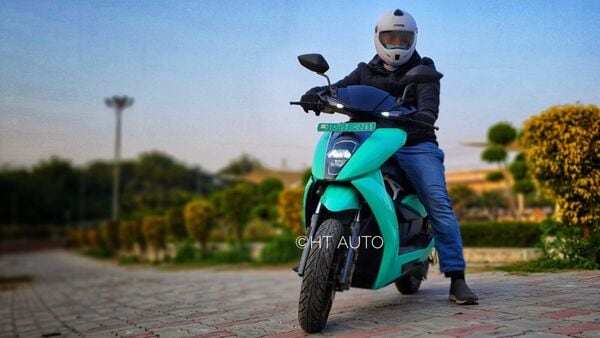 Ather Energy is looking for land to set up its third EV facility in India.

Ather Energy is gearing up to expand its manufacturing capacity in India. The Bengaluru-based electric two-wheeler manufacturer is now aiming to come up with a third facility to build its electric scooters. Backed by Hero MotoCorp, Ather Energy is currently talking to several state governments to finalise land to set up the new facility. Ather Energy currently has two manufacturing facilities in Hosur, Tamil Nadu. The second one is expected to be up and running by the end of this year.

The EV two-wheeler maker is reportedly in talks with officials from state governments like Karnataka, Telangana, Gujarat, Maharashtra as well as Andhra Pradesh. The new facility, through which Ather Energy plans to produce around 15 lakh electric vehicles every year, needs about 100 acres of land to set up. According to sources, the talks are in final stages and the location for the new manufacturing hub will soon be finalised.

Ather Energy is one of India's leading electric two-wheeler manufacturers with a market share of nearly 35 percent. Last month, Ather recorded its highest-ever monthly sales of 3,807 units. It currently has presence across 32 cities in India with an aim to reach 100 cities by next year with as many as 150 Ather Experience centres, or showrooms.

The company sells two models - the 450 Plus and 450X electric scooters in India. The electric scooters are manufactured out of the Hosur facility where the EV maker currently has a production capacity of around 1.2 lakh units every year. The capacity will increase by up to 4 lakh unit once the second facility in Hosur becomes operational.

Recently, Ather Energy raised around ₹991 crore investment from various entities. One of them is Hero MotoCorp, India's largest two-wheeler manufacturer. Hero MotoCorp has been backing Ather Energy as one of the early investors since 2016.