In a field full of electric scooters competing with one another to catch your eye, Ather 450X is locked in a frontal battle with the Ola S1 Pro. But Okinawa Praise Pro too could be a good option here. Check out which of the three could suit your individual need.
By : Shubhodeep Chakravarty
| Updated on: 31 Dec 2021, 11:11 AM 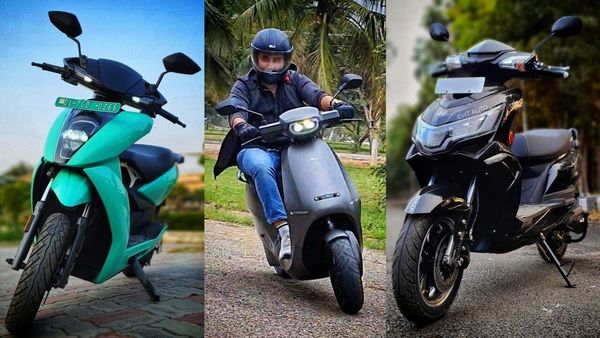 Ather 450X (left) and Ola S1 Pro may be expensive but also offer a whole lot of tech-based features. Okinawa Praise Pro prioritizes ride quality and traits over all else.

The Indian auto market is flooded with a plethora of options when it comes to electric scooters. While some of the brands are established players, others are relatively new to the play-field while still others are absolutely new. And while having multiple options to choose from is mostly great, plenty can also be a problem when out shopping for a new ride.

Among the several choices available, we recently received the Ather 450X and Okinawa Praise Pro for test rides. A week with each of these offerings was plenty of time to assess both products. Each has its own strengths and shortcomings, and are also vary in terms of price points but are the flagship products from the respective brands at present. Through the entire ride experience on both products, we also tried to pit both against the Ola S1 Pro which we rode earlier this year, albeit for a far shorter duration and within a gated community near Bengaluru. Since Ola Electric has managed to generate the maximum buzz (and curiosity), a comparison was felt but obvious.

Priced at around ₹1.30 lakh (ex showroom, before subsidies), the Ola S1 Pro is the upper variant of the debut electric scooter model from Ola Electric. During our one hour ride, we found the Ola S1 Pro seriously fast, especially in the Hyper mode. A large display screen, speakers and generous storage space under the seat were impressive. 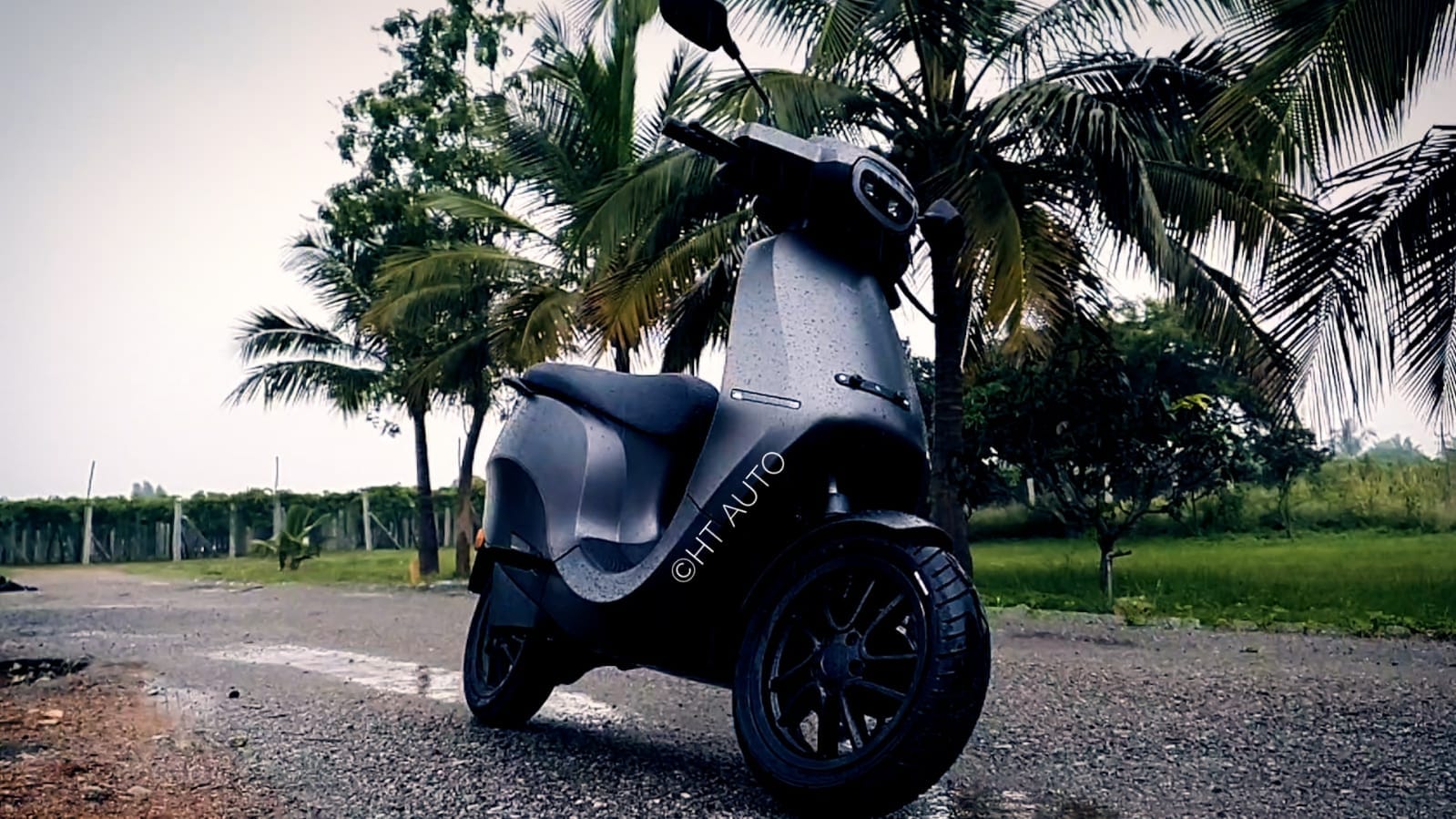 There is no denying that the S1 Pro seeks to strike a balance between a product that rides well and one that offers enough to keep the tech enthusiast interested. But not all the features promised could be tested by us as the units made available ran on software in beta version. We also couldn't test the range and charge time claims. 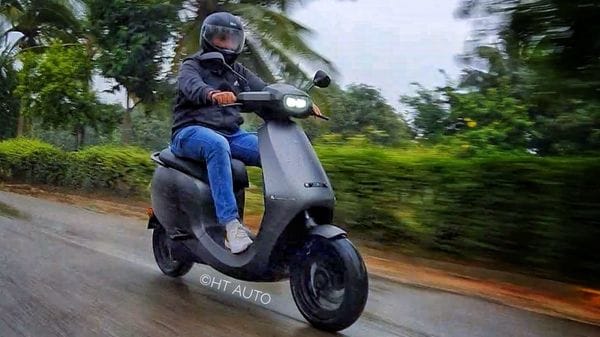 Ola S1 Pro has a youthful air around it and can get seriously fast in no time at all.

The S1 Pro does offer a planted ride and even at speeds nearing triple digits, felt well balanced. Then again, the exhaustive ride quality assessment remains awaited as do the products too. There is a long waiting time for those who have purchased the S1 or S1 Pro and for those who have only made a booking so far, the much-delayed purchase window is now scheduled to open sometime January. Following a direct-to-home model, delivery timelines could remain affected thereafter.

If you are unwilling to defer your plans of buying an electric scooter indefinitely, read on.

The top-of-the-line Ather 450X is priced at around ₹1.32 lakh (ex showroom, before subsidies). Ather Energy has been around for some time now and has managed to transcend from being referred to as a Bengaluru-based start-up to a strong player int he electric scooter segment. 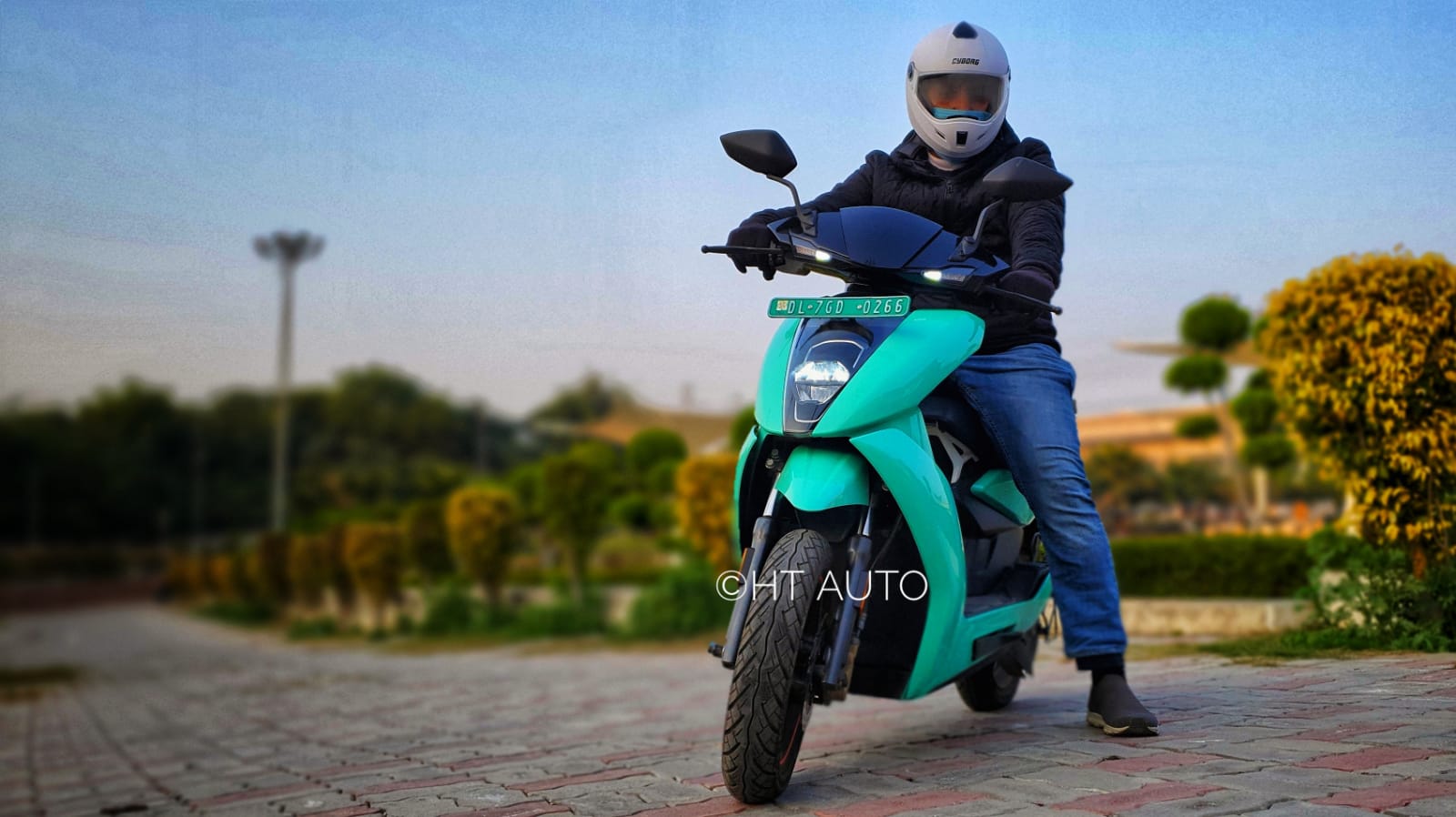 Reverse mode on Ather 450X makes it easy to slide out of parking spots or park the scooter back into garages.

The 450X appears to be a mature commitment to Ather's ambitions in the country. First up, the electric scooter looks very striking in its Mint colour option. There is also White and Black to choose from. 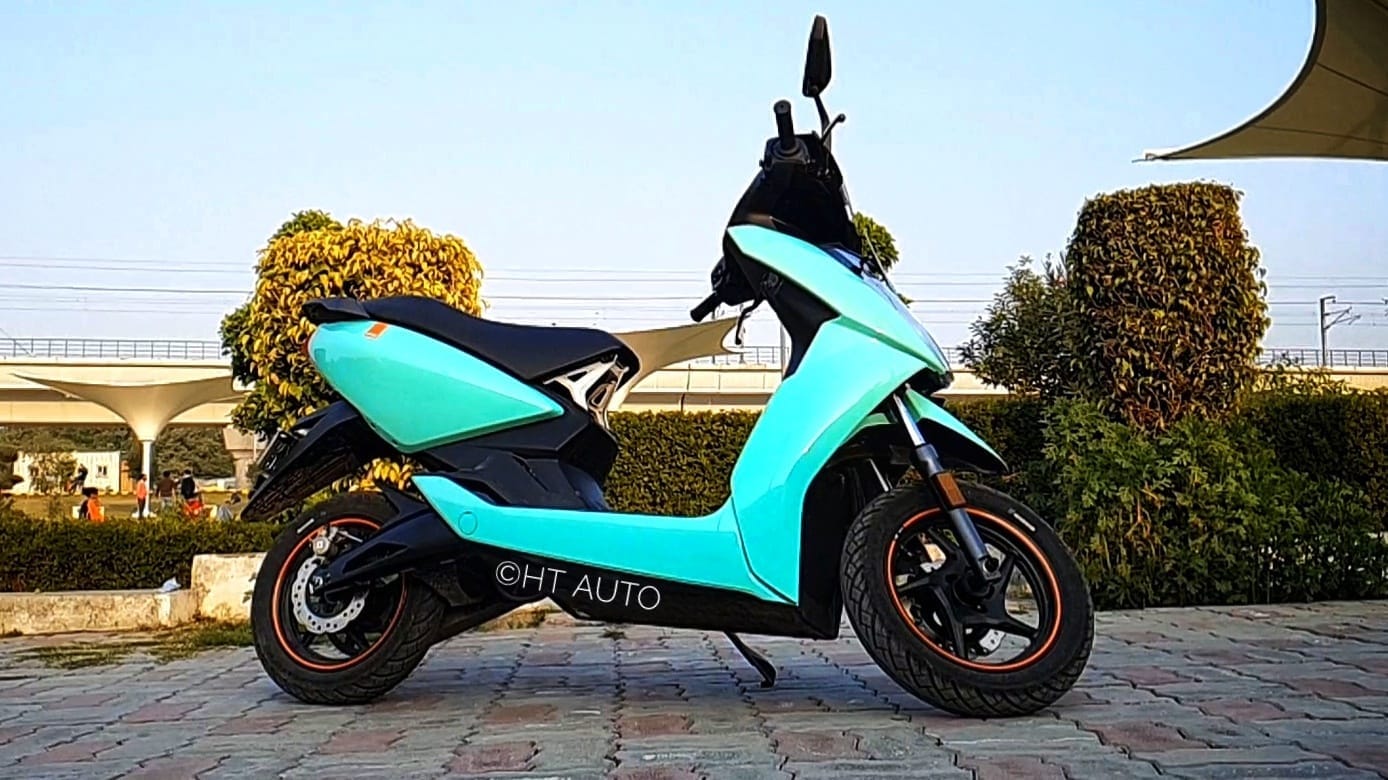 The Ather 450X has a compact dimension which helps it to squeeze into tight parking spots.

The frequent curious glances and queries we received at traffic signals from fellow motorists is evidence that even the sharp design on the product has a role to play in catching attention when on the move. Interestingly, most fellow motorists who inquired about the product did not seem to know of Ather's existence. A few others asked if this was the Ola scooter. Ather, up your marketing game in Delhi!

But the 450X does have a clean profile with very limited Ather badges. The LED head and tail lights have a striking design and there is also a utility light for the storage space under the seat. This space is big enough for a large helmet or the Ather portable charging unit, but not both together.

The 450X has four ride modes - Eco, Ride, Sport and Warp. While Eco is typically meant for use in heavy traffic situations, the Ride mode should suffice for most parts. If there are two people on the electric scooter, the Sport mode provides the necessary push while the Warp mode is an absolute thrill. Unless cornering at relatively high speeds, the 450X also remains quite steady in its ride traits.

Unfortunately though, Warp mode takes a sizable toll on the range. A total of 80 kms is the best we could manage on a full charge and in Eco. Mix it up between Ride and Sport and you can get between 50 kms to 60 kms before the Ather 450X would require a plug back in. Using a home charging point, this typically takes five hours.

The other features like maps and Bluetooth work as intended.

Priced at ₹80,000 (ex showroom, before incentives), the Okinawa Praise Pro has its priorities right. Unlike the above two products, it looks more of a scooter than a scooty, has sharp design angles, high-positioned head lights and turn indicators and a relatively high floor bed. 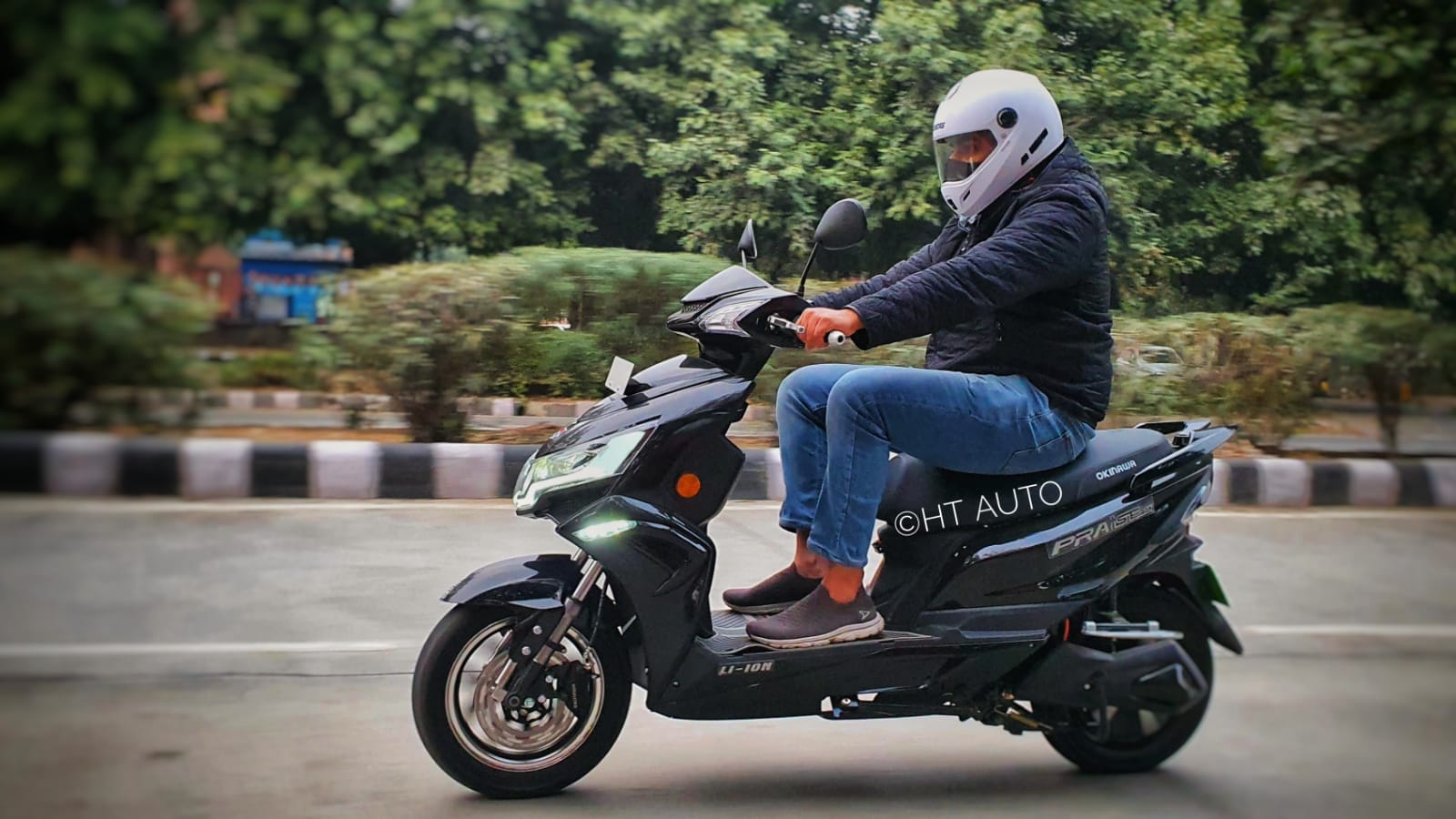 Okinawa Praise Pro isn't the quickest off the block but does benefit from a calm riding characteer.

The biggest advantage that Praise Pro has over Ather 450X and Ola S1 is that it comes with a detachable battery which can be charged at home or office spaces using a regular wall power point - much like cell phones. Sure it is heavy to carry but then again, if there's a charging point in the parking area, one can plug the scooter in there too. 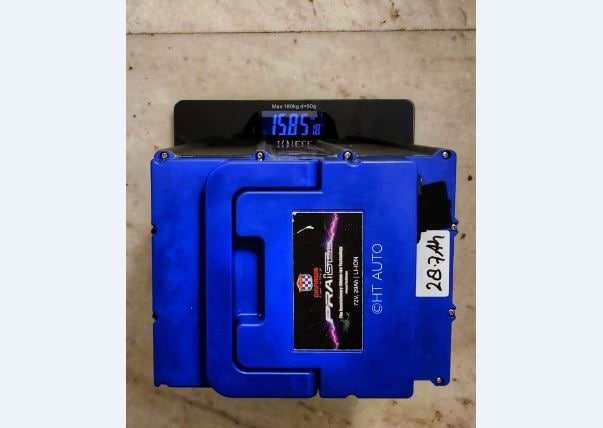 While it is great that the battery inside Okinawa Praise Pro can be taken out and charged at home or in office, at nearly 16 kilos, it would need some serious muscle power to lift.

But this also means that there is zero storage space for anything else under the hood. In our grocery run, we kept thanking the large floor bed for the space it provided for our bags as well as feet. There is more storage space on the front apron which also has a USB charging slot. 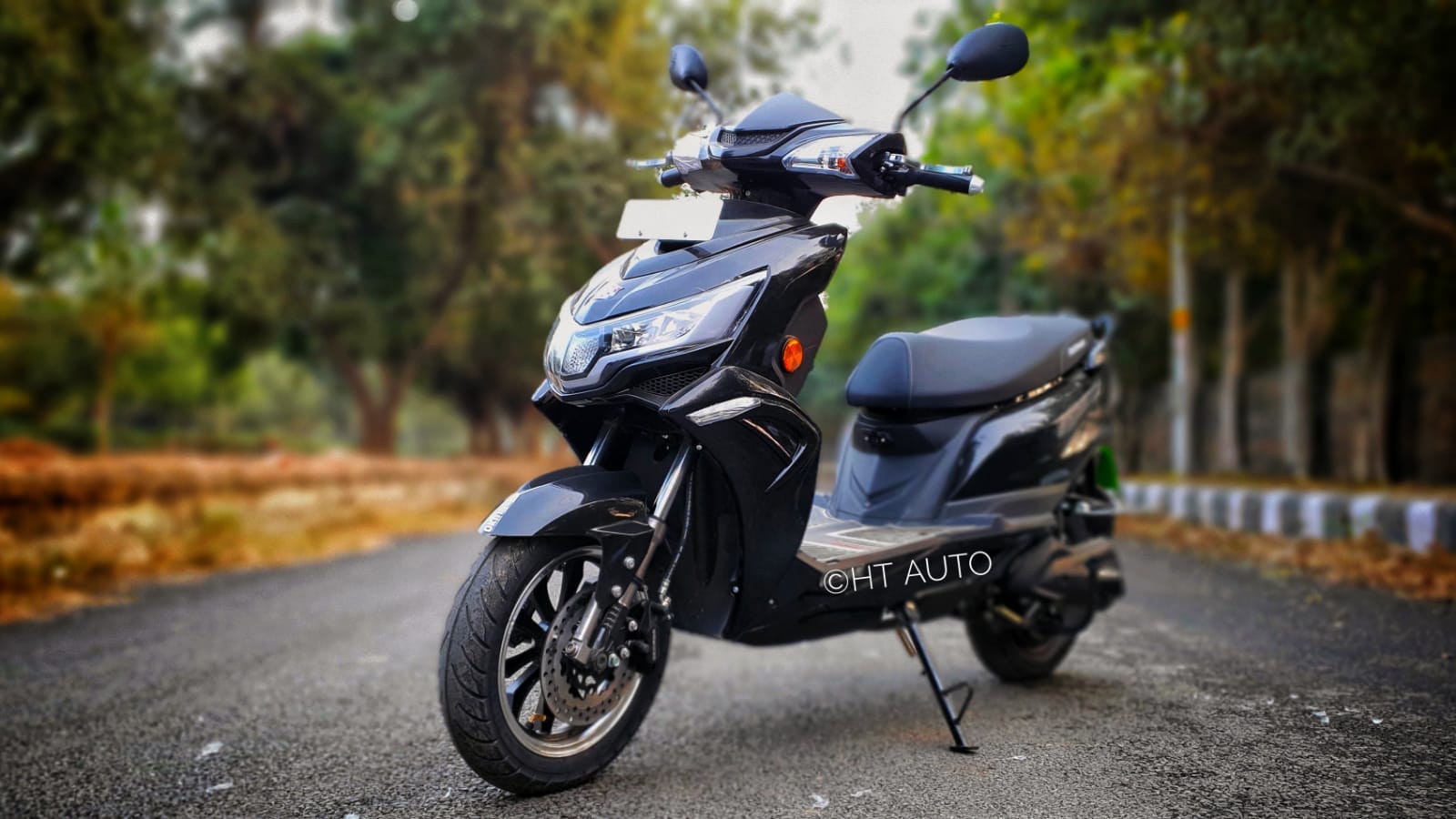 Okinawa Praise Pro comes with a side stand - as seen here, or a regular center-mounted stand too. The alloys on the front look very attractive.

In terms of ride dynamics, the Praise Pro gets Eco and Sport mode. In the former, the scooter has a top speed of 45 kmph while in Sport, this goes up to around 65 kmph. For a bit more push, there is a button for Turbo which takes the speed up to 75 kmph for a few minutes before the mode is automatically disengaged.

What we didn't like though was the manner in which the battery status was displayed. It is a battery bar on the digital screen which goes up and down depending on the mode selected and there is really no effective way to know how many more kms can be traveled before a recharge is required. On the safe side, we found plugging the scooter in with two bars left to be the best way.

The Ola S1 Pro is the flashiest of the lot. Its hyper mode is awesome fun and the claimed range is decent. But delivery timelines are rather muddled and Ola Electric will have to come good on the promise of at-home service network. The claimed range figure is at 180 kms

The Ather 450X is a confident product with decent ride traits. It has new-age tech to keep riders busy even when not on the move. Per-charge range though is a slight concern. The claimed range figure is at 116 kms

The Okinawa Praise Pro is comparatively affordable and while it lacks several ride and tech-based features which Ola and Ather has - like Cruise Control, Reverse Mode etc, it does deliver on the promise of a stable ride. The detachable battery is more a hit than a miss because having the option should work well for many.

Note: This comparison is for reference purpose only. The Ola S1 Pro was tested for one hour in a gated community near Bengaluru. Ather 450X and Okinawa Praise Pro were tested in Delhi over four days.