Home Auto Two Wheelers At Less Than ₹40,000, This Is The Most Affordable Ducati Electric Two Wheeler

At less than ₹40,000, this is the most affordable Ducati electric two-wheeler 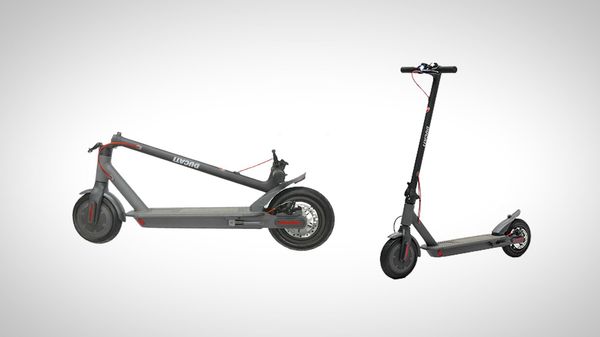 With the aim of expanding its range and reaching new markets, the Ducati brand has officially launched a new electric scooter called the Pro-I Evo. The Ducati scooter offers a 350 W motor powered by a 280 Wh battery and has a range of around 30 kilometres.

The design of the e-scooter is similar to the Xiaomi M365 electric scooter except for the brand logo on the handlebar. The e-scooter is foldable, making it easy to carry and store in a closet or other places. It is roughly the same design and performance as the Segway-Ninebot products.

The electric scooter weighs just 12 kgs and comes with a top speed of 25 kmph. It can carry load of up to 100 kgs. It has three riding modes Eco, D and S along with cruise control.

The Ducati Pro-I Evo electric scooter can run at a top speed of up to 6 km per hour in Eco mode. Its top speed is 20 kmph in D mode and the top speed of the scooter is 25 kmph in S mode.

The Pro-I Evo features 8.5-inch wheels with splash guards, with dual brake front and rear disc brakes, indicator lights on the sides and rear fender. It also has connected technology, LED display and much more. The electric two-wheeler is also equipped with an instrument panel with a colour LED screen and LED lights which are claimed to have extra safety at night and in situations of limited visibility.

The price of the Ducati Pro-I Evo electric scooter is a mere 500 dollars which, roughly converted, stands at around ₹36,000.

The Pro-I Evo isn't Ducati's first electric vehicle. The two-wheeler manufacturer has previously released several models of e-bikes and an e-scooter in collaboration with the Super SOCO brand.