Aprilia Tuono 660 breaks cover: All you need to know

Aprilia Tuono 660 comes based on the same technology and features as its fully-faired sibling but gets a naked-like bodywork.It is expected to roll out in the Indian market by late-2021.
By : HT Auto Desk
| Updated on: 08 Jan 2021, 01:53 PM 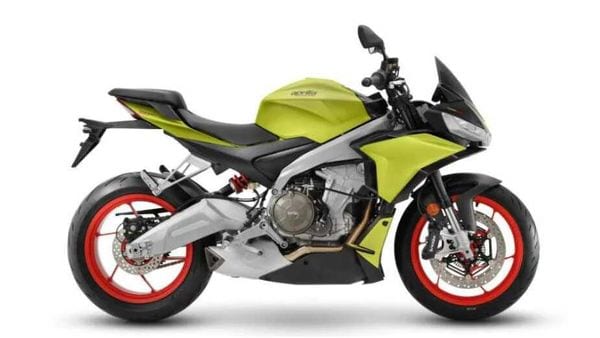 Aprilia Tuono 660 is expected to roll out in the Indian market by late-2021.

Aprilia has revealed the much-anticipated half-fairing variant of the supersport Aprilia RS 660 in the form of Tuono 660. It comes based on the same technology and features as its fully-faired sibling but gets a naked-like bodywork.

It borrows the 659 cc, parallel-twin engine from the RS 660. This powertrain is responsible for delivering 95 bhp of maximum power at 10,500 rpm and 67 Nm of peak torque comes around 8,500 rpm. The new forward-facing parallel-twin engine has been developed from the front two cylinders of the bigger V4 engine found on Aprilia superbikes.

Apart from the powertrain, the Tuono 660 also borrows the same electronics package from the sportbike. Some of the key rider aids and safety features include Aprilia Performance Ride Control system with eight-level traction control, engine brake, wheelie control, cruise control, cornering ABS and five selectable engine maps. The electronics are guided by the data from six-axis inertial measurement unit (IMU). It also gets three road and two 'track' riding modes along with an Aprilia quickshifter for clutch-less up and downshifts.

It has been introduced in three colour options - Concept Black, Iridium Grey and the new Acid Gold colour scheme (pictured above) is also borrowed from the Aprilia RS 660.

The Tuono 660 comes out as the second model from the company's new 660 cc platform, while the third installment in the lineup - Tuareg 660 - is set to break cover in the later part of 2021. Both the bikes (RS 660, Tuono 660) will arrive in the Indian market later this year.