HSMI has priced Activa 6G at a starting point of ₹63.912 (ex showroom) for the standard variant while the Deluxe variant will come at ₹65,412.Activa 6G is the third model from the company which is now compliant with BS 6 norms.
By : HT Auto Desk
| Written By : Shubhodeep Chakravarty
| Updated on: 16 Jan 2020, 09:34 AM 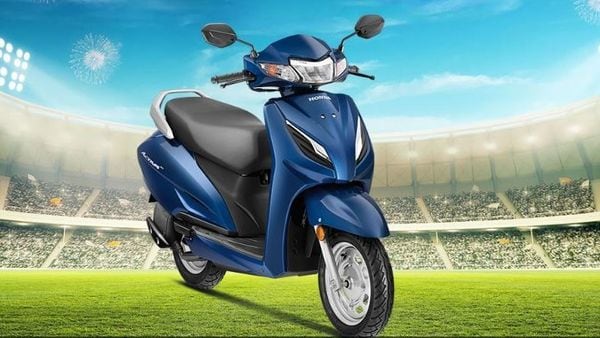 Honda Motorcycle & Scooter India Pvt Ltd (HMSI) recently brought in the Activa 6G with a number of upgrades to the country's largest selling scooter, the most significant being that it is now compliant with BS 6 norms.

The Activa has been a resounding success story for HMSI in India and although there has been an overall gloom in the country's automotive sector in the past several months, it has managed to stay ahead of the competition. The Activa 6G, the company hopes, may be able to keep itself ahead of the curve and gets a number of additional features. It is now the third offering from HMSI to get a BS 6-compliant engine and has a 110cc single-cylinder engine, fuel-injection system and promises a more composed and a smoother ride and handling. HMSI says there are 26 patent applications for engine features on the Activa 6G which is available in two variants - Standard and Deluxe, and in six colour options.

Activa 6G also promises to offer 10% more fuel efficiency and has 7.89 PS of power and 9 Nm of torque.

There is also a new telescopic suspension on the Activa 6G which now stands on a bigger 12-inch front tyre, bumping up the ground clearance. The full-metal body of the scooter also has an 18-litre storage under the seat.

The Deluxe variant of Activa 6G comes with LED headlights which adds to the visual appeal of the scooter.

HSMI has priced Activa 6G at a starting point of ₹63.912 (ex showroom) for the standard variant while the Deluxe variant will come at ₹65,412. The company has said that production has already begun and deliveries are expected either by end of January or in early February.