2022 BMW G310 GS India launch just around the corner: What to expect 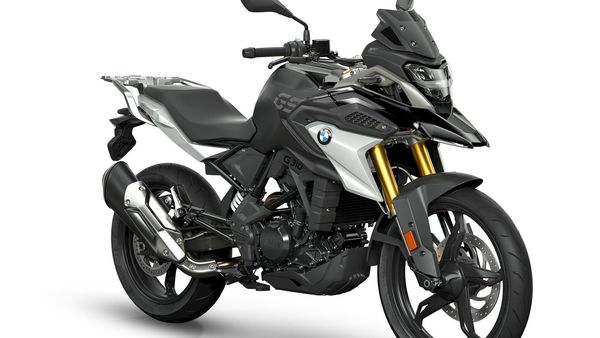 BMW Motorrad India is gearing up for the launch of the new G310 GS. The updated motorcycle was revealed a few months back as a 2022 model.

The yearly update will introduce a new paint scheme called ‘Triple Black’. And as the name suggests, the bike will now feature a fully blacked-out paint with grey GS logos on the fuel tank. The new paint option will also feature silver-finished radiator shrouds to add some contrast along with golden colour on the forks.

Apart from the addition of a new paint scheme, the rest of the motorcycle remains more or less the same. It remains devoid of the full-size TFT screen as found on its technical counterpart, TVS Apache RR310. Also, it misses out on riding modes.

The new 2022 model continues along with the same 313cc, single-cylinder engine. This motor has been rated to deliver 33.5bhp of maximum power and 28Nm of peak torque. It comes mated to a six-speed gearbox with a slipper clutch.

The features list on the bike includes a dual-channel ABS, adjustable levers and full-LED lighting.

When launched, expect the bike to be placed around somewhere close to ₹3.10 lakh (ex-showroom). The current model costs ₹3 lakh (ex-showroom). It will continue to rival the likes of other adventure bikes in India such as the Royal Enfield Himalayan and KTM 250 Adventure.

BMW Motorrad has recently also announced the launch of the new G 310 R, which is technically the naked version of the G310 GS motorcycle.