Even though the Yamaha FZ-X sports a high-raised stance, it is nowhere close to being called an off-road motorcycle or an adventure vehicle.2021 FZ-X from Yamaha is designed solely for road use, unlike the Hero XPulse 200 it indirectly rivals.Both the bikes are priced very closely.
By : HT Auto Desk
| Written By : Prashant Singh
| Updated on: 18 Jun 2021, 04:08 PM 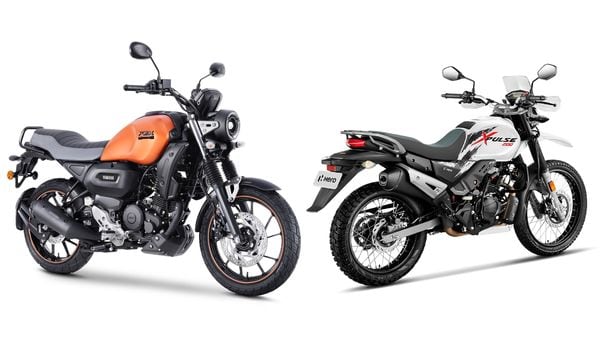 The FZ-X (left) is meant solely for road use unlike the Hero XPulse (right) it aims to rival, both the bikes are priced very closely.

Yamaha Motor India on Friday announced the launch of the much-awaited FZ-X retro motorcycle in the country. The new FZ-X is basically an extension of the FZ-FI motorcycle. It uses the same engine and platform as its donor model but gets a range of new features along with different exterior looks to lure a younger set of buyers and motorcycle enthusiasts. Even though it sports a high-raised stance, it is nowhere close to being called an off-road motorcycle or an adventure vehicle. It is meant solely for road use, unlike the Hero XPulse 200 it indirectly rivals. Both the bikes are priced very closely.

Here's how the bikes compare on paper:

In comparison, the Hero Xpulse 200 sits right in the middle of the FZ-X variants. It has been priced at ₹118,230 (ex-showroom). There is a more affordable version of the XPulse present - XPulse 200T, it is slightly more road/touring focused and costs ₹115,800 (ex-showroom).

Both the motorcycles are a world apart in terms of body styles and the kind of buyers they seek to attract. While the Hero Xpulse is something that appears to an adventure bike rider with its sleek, sturdy and flexible design approach. The FZ-X, on the flip side, is a daily driver's motorcycle. It gets more road-oriented elements, while its competitor is a full-fledged adventure motorcycle.

But it is the XPulse that has an upper hand as it gets a turn-by-turn navigation system on its LCD screen itself, moreover, there are also spoke wheels, dual-purpose tyres, and 10-step adjustable mono-shock to show off.