With diesel at heart, Audi India eyes move to petrol and electric cars

While diesel variant still forms the bulk of all Audi cars sold in India, the German luxury car maker is aware of the need to move towards petrol and, better still, electric options.
By : HT Auto Desk
| Written By : Shubhodeep Chakravarty
| Updated on: 15 Jan 2020, 02:29 PM 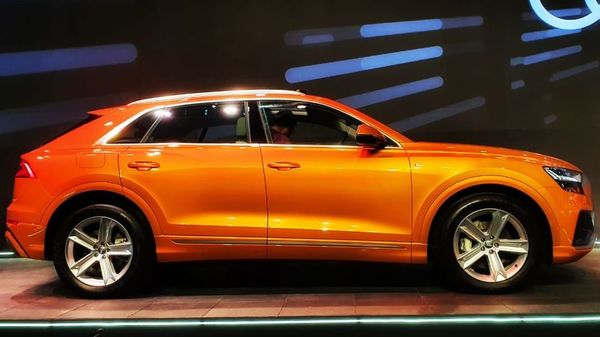 Audi Q8 has been launched in India at starting price of ₹1.33 crore. It is only available in petrol variant. (HT Auto photo)

Audi India on Wednesday launched the Q8 SUV and its petrol-only avatar once again underlined how even luxury car makers are now turning their attention away from diesel powertrain and focusing elsewhere.

Speaking on the sidelines of the launch, Balbir Singh Dhillon, Head, Audi India, said that while the complete move out of diesel is not likely to take place immediately, there is an effort to increasingly explore petrol and electric options. "Not so long ago, I could not even imaging an SUV like the Q8 in anything but a diesel. And while diesel cannot be phased on immediately, we are looking more and more at petrol engines. In fact, all our models moving from BS 4 to BS 6 will have petrol options," he said. "We are also looking at bringing in electric options in the time to come."

Dhillon says that 65% to 70% of Audi cars being sold in the country are still in diesel variants but appeared aware that that figure is poised to come down. And Audi is, therefore, not the only luxury car maker to explore newer avenues. With a focus on clean mobility, several manufacturers across segments are exploring the electric option. Mercedes-Benz, just a day earlier, brought in its electric brand - EQ - to India and said that its EQ EV will be introduced in April.

Globally, the push towards electric mobility is already visible with electric cars in the United States outselling cars on conventional fuel with manual transmission. China is the largest electric car market but several European countries, led by Norway, are hotbeds of transition as well.