Watch: Porsche hits SUV while parking; drives over wall to land on another car 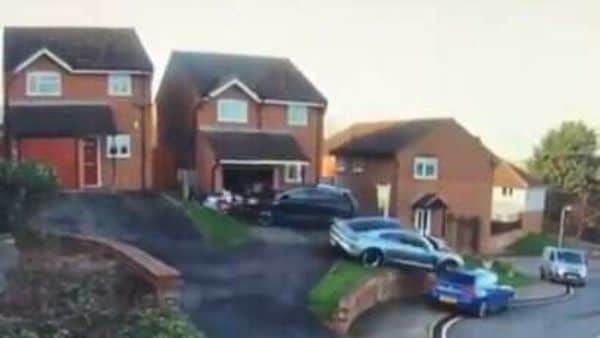 Screengrab from a video posted on Twitter by @oldschoolbiker4

Parking can be a tricky business especially when inclinations and slopes are involved. But in what is being called a major - and super expensive - blunder, a Porsche Taycan hit an SUV in the driveway and then landed over another car. All of this carnage was caught on cam.

In the video that has gone viral on the internet, the Porsche can be seen slowly climbing up a slope to approach the parking area. Its driver then unexpectedly hits the accelerator, losing control of the car which swerves towards the right. The Porsche then hits a parked blacked SUV in the driveway.

As if this wasn't enough, the car drives over the wall and lands on top of another car parked below before finally crashing on the ground.

The incident took place at a street in the Essex coastal town of Manningtree in UK, as per Daily Mail. The accident was captured by a CCTV footage from another house. As per the neighbours of the locality, the driver of the Porsche was visiting friends in the house on the right of the shared driveway. It is reported that the SUV he damaged was of one of the occupants of the house he was visiting.

Surprisingly, and fortunately, the man driving the Porsche managed to escape unhurt but the sports car sustained damages. He is believed to have bought the Taycan just five days before the accident happened at a price tag of £83,000.