Volkswagen CEO steps down, Porsche boss to take over

Porsche Head Oliver Blume will take over the position ending Diess' four-year tenure with Volkswagen.
By : HT Auto Desk
| Updated on: 23 Jul 2022, 11:09 AM 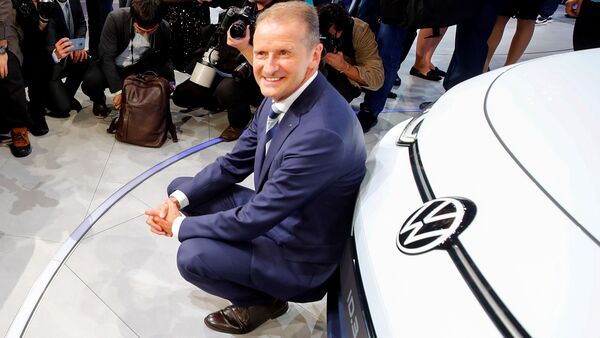 Volkswagen AG released its CEO Herbert Diess after repeated disputes with labour unions chipped away at his support with significant stakeholders. Constant conflicts with stringent leadership along with missteps in key projects such as the delay at Volkswagen's software unit pushed the automaker towards the decision, said sources.

Porsche Head Oliver Blume will take over the position ending Diess' four-year tenure with Volkswagen. Volkswagen's board believes that Blume will be a more collaborative and balanced leader, though he will continue to lead Porsche.

Many within the company see Diess as the architect of the auto industry’s biggest electrification effort. Wolfgang Porsche and Hans-Michel Piech, leaders of the family with majority voting rights at VW, stated in a joint statement that he strategically drove Volkswagen towards electric mobility. “It is to his particular credit that the Volkswagen group today is in a strong position for further transformation."

Diess was hired from BMW AG in 2015, shortly before Volkswagen confessed to rigging millions of diesel vehicles to cheat on emissions tests. His aggressive electrification plans helped him earn applause from brands like Tesla and its chief Elon Musk. He also pushed the brand into battery-cell production and got backing for the IPO of Porsche, which has been planned for the fourth quarter. He occasionally allowed friction with VW’s unions and other stakeholders to spill over into the public. He also shared that the brand needs to break free from its old, encrusted structures towards a much more modern approach in order to move more quickly.