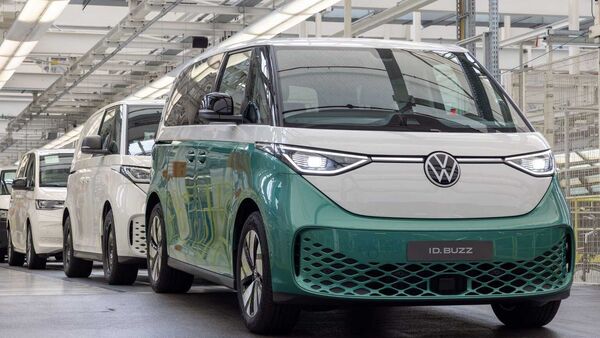 Volkswagen and Audi electric cars' batteries will repurposed under this partnership.

Volkswagen AG has joined hands with Tesla co-founder JB Straubel's company Redwood for recycling electric vehicle batteries. Under this partnership, Redwood will recycle electric vehicle batteries from Volkswagen and Audi in the United States, claimed the company. Volkswagen becomes the latest car brand to join hands with Redwood as previously, the latter forged partnerships with Toyota, Ford and Volvo for similar purposes.

In a statement, Volkswagen Group of America CEO Scott Keogh said that the recycling partnership with Redwood will help the company to accelerate electric vehicle adoption in America. Volkswagen also said that it is aiming for 55 per cent of its US vehicle sales to be fully electric by 2030.

On the other hand, started by Tesla co-founder JB Straubel, Redwood has said that its mission is to create a domestic closed-loop battery supply chain" that eventually could reduce reliance on mining raw materials. The company also has recycling deals with battery makers Panasonic Corp in Nevada and Envision AESC in Tennessee, as well as Amazon. Ford and Amazon are two of the investors in Redwood.

The company further said that it will work with more than 1,000 Volkswagen and Audi dealers in the United States to recover and recycle EV battery packs at its Nevada facilities. The company claims that it will re-manufacture battery electrode components from materials such as cobalt, nickel, lithium and copper.

This move comes from Volkswagen as it is aiming to become a major player in the EV sector and the global auto industry is also mulling the idea of how to re-purpose the used EV batteries.