Oliver Blume will take charge of the Volkswagen Group, which includes luxury brands like Porsche, Audi among others. Blume replaces Herbert Diess, who has stepped down as the CEO after a four-year stint.
By : HT Auto Desk
| Updated on: 23 Jul 2022, 11:00 AM 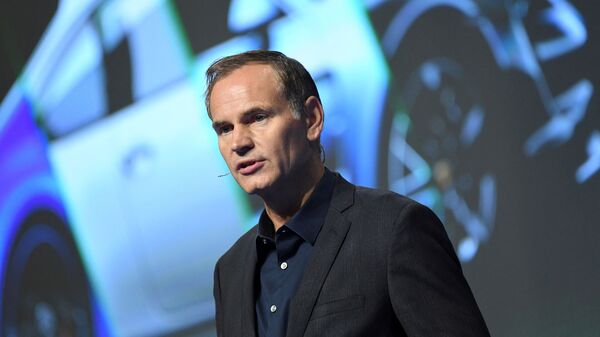 Oliver Blume, new CEO of the Volkswagen Group, is seen addressing a summit as CEO of luxury car manufacturer Porsche in Germany in 2021. (File Photo)

Volkswagen Group, one of the largest group car manufacturers in the world, will now have a new boss. Oliver Blume, who spent his entire career working for different brands under the Volkswagen Group, will assume his role soon. He will replace Herbert Diess, who has decided to step down as the CEO of the carmaker. 54-year-old Blume, who is not new to Europe's biggest carmaker, is currently the CEO of luxury car brand Porsche. Here is a quick look at Blume's journey with the Volkswagen Group so far.

Oliver Blume graduation in mechanical engineering in the early 90s. He had joined the German auto giant 30 years ago as a trainee after he cleared his graduation. He started his career in 1994 when he joined Audi's international trainee programme. He had various roles including in body construction and logistics.

Blume's first leap to the big league came in 2009. He was promoted to lead production planning at Volkswagen's key manufacturing facility in Wolfsburg, Germany which is the headquarters for the German carmaker. Four years later, Blume joined the management board in charge of production and logistics at Porsche, the luxury car brand under the Volkswagen Group known for its sports cars.

Blume became the CEO of Porsche two years later in 2015. He spearheaded the luxury carmaker's effort to look for funding as it plans shift to a fully electric future. Four years ago, Blume was also appointed to the management board of the Volkswagen Group. He was given the responsibility to look after production of the German auto giant.

Blume has not had a smooth leadership record so far. His strained relation with the trade unions in Germany is a cause of uncertainty over his leadership quality that could spell issues in future. His predecessor Diess too did not have the trade unions on his side when he hinted at job cuts to promote Volkswagen's electric vehicle push.

The Volkswagen Group under Diess is known as one of the toughest rivals of Tesla, world's largest electric car manufacturing company. Under Diess's leadership, Volkswagen aimed to beat Tesla and lead the EV segment globally. It remains to be seen whether Blume will pick up the pieces from where Diess left off.