In a reflection of the impact of the frequent fuel price hikes, dealers in various cities are witnessing a rise in enquiries and sales of electric bikes and scooters.
By : Prashant Singh
| Updated on: 06 Mar 2021, 05:26 PM 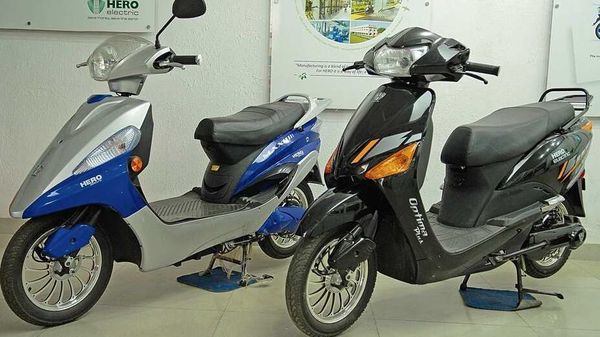 With the rise in the cost of petrol and diesel, sales of electrically powered two-wheelers is on the rise too. The petrol prices have touched ₹100 per liter in some Indian cities. As a result, some customers are shifting focus from traditional vehicles to a newer form of electrically-powered transportation which is cheaper to run in comparison to the ICE powered bikes and scooters.

In a reflection of the impact of fuel price hikes, dealers in Maharashtra's Aurangabad are witnessing a rise in enquiries and sales of electric two-wheelers. Some dealers are also facing shortages of inventory of these battery-powered bikes and scooters, as per PTI.

"People willing to buy electric two-wheelers and three-wheelers are now on a waiting list as the scooters are not in stock now unlike in the past," a dealer told PTI.

"In the initial phase of the unlockdown, our company carried out an online advertisement campaign which helped us to grow our business. Later, as prices of petrol went up, enquiries for electric scooters and autos also increased, especially in the last month," Ashish Agrawal, a dealer told PTI.

"Before February 15, I had 22 electric bikes in stock. Later, I ordered 40 more bikes. All these 62 bikes were sold out by February 19. A total of 37 electric bikes have already been booked ahead of March 3," he added.

As per Agrawal, previously he used to sell around 15 electric bikes in a month, now the sales have grown multifold as he currently retails about 100 e-bikes/scooters every month. At the same time, enquires have also jumped from 600 previously, to now 700 per month.

A similar trend is now been witnessed in another Indian city - Ludhiana, Punjab.