Renault said it has started meetings with unions on the carveout plans, a process which can be fraught in France.
By :
| Updated on: 13 May 2022, 02:15 PM 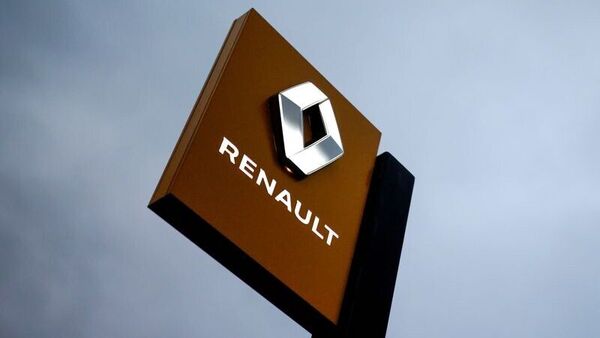 Renault SA outlined a plan to carve out separate electric-vehicle and combustion-engine businesses, providing details of the possible overhaul just before meetings with its Japanese partners.

In a layout of the project first raised in February, the French automaker said the revamp could take effect by next year. Shares rose 1.4% in early Paris trading on Friday. An entity dedicated to EVs and software would be based in France and employ about 10,000 people by 2023, according to a statement Thursday.

The second entity would focus on internal combustion and hybrid powertrains, and be based outside France, also with a staff of about 10,000. Renault’s potentially transformational revamp comes as the automaker struggles to compete in a declining European car market and prepares to take a mid-year financial hit by pulling out of Russia, its second-biggest market before the war in Ukraine.

“This autonomous entity would have a business model adapted to the specificities of electric vehicles and would be able to forge partnerships in new technologies and services," Renault said in the statement.

The EV business would include manufacturing and engineering at French sites, while the entity dedicated to combustion and hybrid powertrains would have sites around the world -- including Spain, Portugal, Turkey, Romania and Latin America. It could also develop partnerships.

With Renault’s overhaul starting to take shape, it remains unclear what role Japanese partners Nissan Motor Co. and Mitsubishi Motors Corp. will play. Top executives from the three-company alliance are scheduled to hold in-person meetings in Japan next week, the first since the pandemic took hold.

On Thursday, Nissan Chief Operating Officer Ashwani Gupta didn’t commit to the plan. “Let’s do the study with them and then we’ll make our opinion," he told a conference organized by the Financial Times. “In the next 10 days we should have a better understanding" of what Renault CEO Luca de Meo is trying to do.

At a roundtable on quarterly earnings on Friday, the Nissan executive also remained vague about any similar plans of its own the company may have. “Whether Nissan should think of carving out EV is too early to consider, because of our diversified portfolio," he said.

Renault said it has started meetings with unions on the carveout plans, a process which can be fraught in France. “The aim of these strategic reflections is to adapt each technology, drawing on the group’s strengths and expertise on its various markets and within the Alliance," the company said.