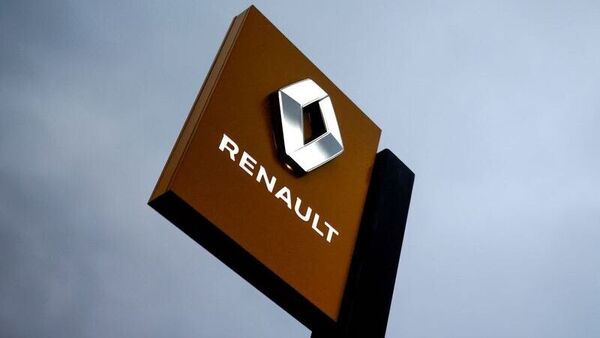 Renault announced its first-quarter sales report that stayed on the lower side due to the ongoing war between Ukraine and Russia and the persistent global semiconductor shortage. Renault which also produces Dacia and Lada brand vehicles declared a fall in its revenue by 2.7 per cent from a year earlier to 9.748 billion euros. According to a report by Reuters, excluding the activities of Avtovaz and Renault Russia, the company's figures stood at 8.9 billion euros, which is down by 1.1 per cent.

Renault's revenue fell by more than 17 per cent versus the first quarter of 2021 to 5,52,000 vehicles. It is the lowest quarterly sales since the height of the global financial crisis in 2009. However, the French automaker said its sales of fully-electric and hybrid vehicles went up by 13 per cent and therefore accounted for 36 per cent of sales.

The company's order book at the end of March had hit a 15-year high of 3.9 months of sales, added the report. Renault's finance chief Thierry Pieton said, “In a market environment severely disrupted by the conflict in Ukraine, the semiconductor crisis and inflation, Renault Group is continuing its recovery and accelerating the implementation of its strategy." Renault also confirmed its financial outlook laid out in March of a full-year 2022 operating margin of around 3 per cent and said it would give a more detailed update on its targets and strategy later this year.

Renault has been pushing its electrification plans and combustion businesses, as it aims to compete against rivals such as Tesla and Volkswagen and reviews its business in Russia amid wide-ranging Western sanctions.