Porsche creates one, super-exclusive unit of Cayenne convertible. Know why

The single prototype of the Porsche Cayenne convertible now sits at the Porsche Museum.
By : HT Auto Desk
| Updated on: 05 Aug 2022, 19:05 PM 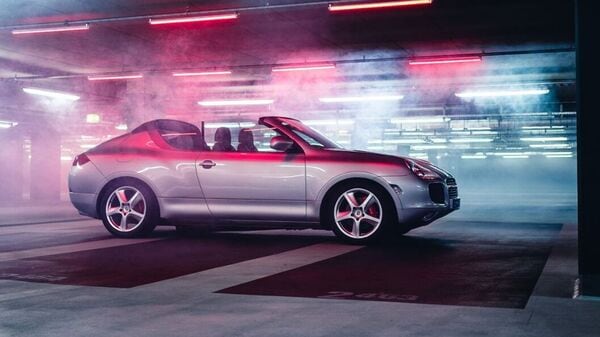 Porsche informs that this prototype of Porsche Cayenne is not a roadgoing prototype, but rather a Package Function Model or PFM.

When Porsche launched its five-door SUV, the Cayenne in December 2002 it also thought of alternate body shapes for the SUV. Porsche considered three additional variants for the Cayenne SUV, a coupe, a model 20 centimetres, one with an additional row of seats and a convertible. Porsche went ahead to build a Cayenne-based convertible which was approximately 4.8-metres long.

This single prototype of the Porsche Cayenne convertible now sits at the Porsche Museum. The sports car manufacturer informed that this prototype is not a roadgoing prototype, but rather a Package Function Model or PFM. Back then, the designers removed the roof and it was dispensed with the body-stiffening measures that are necessary for a convertible. Porsche informed test drives were never planned for this unit as the convertible PFM was only built to assess four criteria. 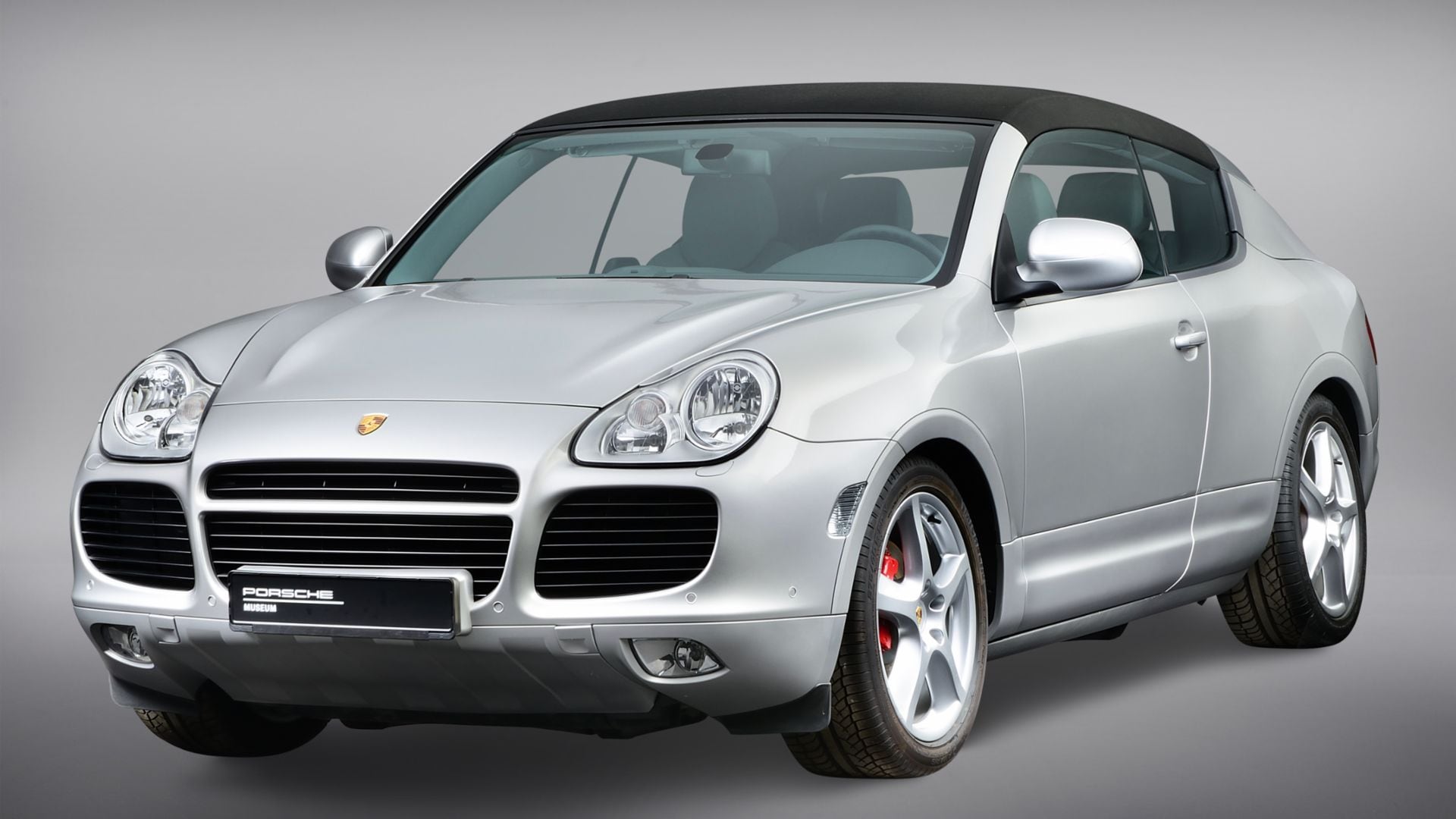 There was disagreement on the final issue in 2002, shared Porsche and hence two different rear sections were designed for the prototype. (Porsche)

Porsche was considering if the seating will be comfortable throughout the vehicle when the roof tapers in a more coupe-like way towards the rear and when the windscreen and A-pillars are shortened. The company brooded on how practical will be the Cayenne as a two-door model with doors which are 20 cm longer along with entertaining the possibility to accommodate a high-quality soft top that can also be folded quickly.

There was disagreement on the final issue in 2002, shared Porsche and hence two different rear sections were designed for the prototype. The left-hand tail light was set low on the rear of the car, while the right-hand one was noticeably higher.

Though Porsche took up the coupe idea of 2002 later again and implemented it in 2019 by making a successful production model, the company did not pursue the convertible idea further. The company stated predictions related to profitability were not looking promising and doubts remained as to whether the car would look as appealing as a Porsche should.