Home Auto News Mercedes To Pull The Plug On A Class And B Class Models In 2025: Report

Mercedes is planning to chuck the hatchback and sedan versions of the A-Class model in the next three years.
By : HT Auto Desk
| Updated on: 28 Jun 2022, 18:33 PM 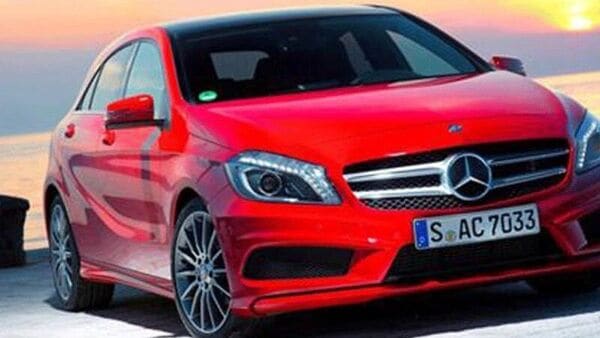 Mercedes-Benz announced earlier that it has planned to cut down the number of its compact models and focus on bigger and more expensive models to push its profit limits. According to a report by a German paper Handelsblatt, Mercedes-Benz is eyeing to discontinue models such as the Mercedes A-Class and B-Class from 2025. It is being said that the models which will stay will transition from the current MFA platform to Mercedes' new MMA architecture.

It is being suggested that Mercedes is planning to chuck the hatchback and sedan versions of the A-Class model in the next three years. The luxury automaker aims to become the world's most valuable luxury car brand. Mercedes has distributed significant investments that will be put into vehicles from C-Class and above. The premium automaker also intends to simply its entry-luxury product lineup to four models.

The report mentioned sources who shared that Mercedes plans to keep the CLA model as well as the CLA Shooting Brake. Mercedes will also keep the GLA and GLB models. However, it is currently not known if the luxury auto brand also wants to stop manufacturing the long-wheelbase A-Class sedan in China where it is locally manufactured and the model rivals the likes of the BMW 1 Series Sedan.

A previous report has said that Mercedes-Benz is also aiming to replace the C-Class and E-Class coupe and convertible models with CLE. It is being stated that the luxury car brand has already informed about its decision to its dealers in the US. The Mercedes-Benz CLE is expected to make its debut soon for the given models.