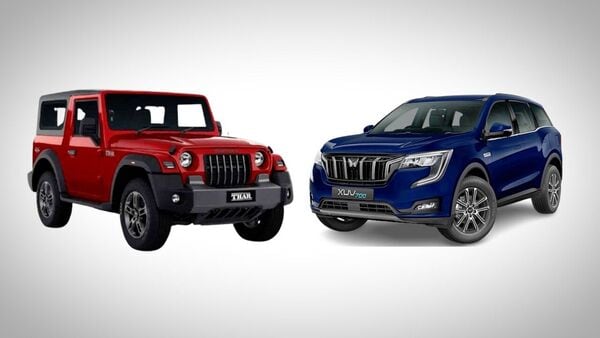 Mahindra & Mahindra Ltd. on Tuesday a robust 80% jump in sales of its range of passenger vehicles in India with SUVs like the XUV700 and Thar in the product lineup delivering the strongest performance ever. Mahindra informed that it had sold a total of 27,663 vehicles in February, up from 15,391 it had sold in the same month of last year.

While the newest Thar was launched in 2020 and continues to bring potential customers to showrooms, its popularity is perhaps matched only by the XUV700 which was launched in 2021. Both cars enjoy a solid demand among SUV buyers even if the Thar is still a more rugged option while the XUV700 is aimed at larger families with its seven-seat option.

While demand for Mahindra SUVs has been positive, the semiconductor shortage has meant production remains a source of concern for the company, as also for auto companies across the world. The waiting period of certain models of Thar and XUV700 are reportedly running into months. Needless to say, it may still be a good problem to have. “All segments showed robust growth including SUVs at 79%, which registered the highest ever monthly volume," says Veejay Nakra, Chief Executive Officer, Automotive Division, M&M Ltd. "We expect demand to continue to remain strong as the Covid situation eases further. We continue to closely monitor the semi-conductor related parts supply and take corrective action as appropriate."

The demand for the SUV body type has been steadily rising in the country and Mahindra has managed to position itself well to make the most of it. While offering both petrol and diesel engine options as well as manual and automatic transmission choices are among the reasons for Thar's success, the solid good looks of XUV700, along with a feature-loaded cabin and ADAS system have helped its ca