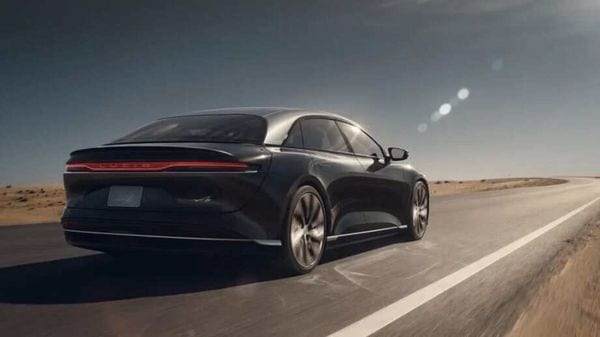 Lucid Air has generated a whole lot of buzz and garnered massive attention in the United States as well as many other countries owing to the long list of promises and claims made. The EV sedan takes a direct aim at Tesla Model S in many ways - from performance, comfort and tech to, possibly, the pricing structure as well. Reports suggest that the car will be priced between $80,000 and $160,000.

According to several reports in the US media, Lucid has confirmed that Air EV will have a price range between $80,000 and $160,000 which means it will start at the same price point as that of Tesla Model S which is being touted as its main rival. It also means that Lucid Air could undercut the pricing of Porsche Taycan substantially although this EV won't be launched till early 2021.

The official global unveil of Lucid Air was still hours from when this report was filed but much of the details about the EV have already been revealed by the company in the past several weeks. For starters, it will boast of an EPA-approved single-charge range of 517 miles (approximately 832 kilometres). This is thanks to its 113 kWh battery pack. For reference, Tesla Model S Long Range has a 100 kWh battery pack and an EPA-certified range of 646 kilometres.

Based on LEAP (Lucid Electric Advanced Platform) skateboard platform, the battery technology sits beneath the EV while the full canopy glass roof promises to offer an experience like no other to the driver as well as occupants.