Harley-Davidson reported an adjusted loss per share of 44 cents, missing analysts’ consensus estimate for a 23 cent-profit and below the 20 cents it posted a year ago.
By : Bloomberg
| Updated on: 03 Feb 2021, 11:57 AM 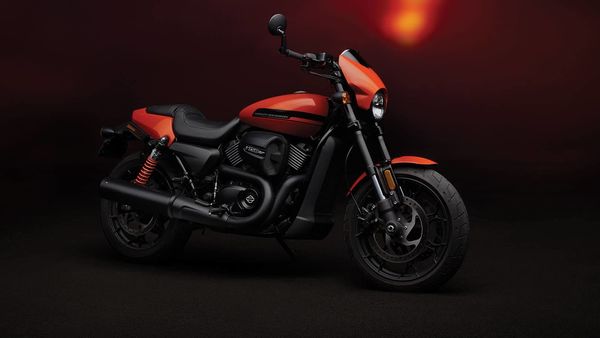 Harley-Davidson Inc. shares plunged after the motorcycle manufacturer reported a surprise loss in the fourth quarter and unveiled a turnaround plan that failed to impress investors.

The Milwaukee, Wisconsin-based company on Tuesday reported an adjusted loss per share of 44 cents, missing analysts’ consensus estimate for a 23 cent-profit and below the 20 cents it posted a year ago. Motorcycle shipments fell 48% in the quarter.

Revenue from motorcycles and related products fell 39% in the fourth quarter to $531 million as Harley reduced inventory and shifted its release of new models from fall to the first quarter of this year.

In its overhaul plan, the manufacturer said it’s aiming for low double-digit growth in earnings per share and “mid single-digit" growth in motorcycle revenue by 2025. Harley plans to achieve that by investing more in its core heavyweight-bike segment -- a category that has been shrinking across the industry -- and by setting up a standalone electric-motorcycle division.

Harley is hoping that will end a six-year streak of falling sales in the U.S., which made up 58% of Harley’s total deliveries in 2020. It sold 103,650 bikes in its home market last year, a 22% drop and the lowest level in at least a decade.

Chief Executive Officer Jochen Zeitz, a branding whiz who successfully revived sneaker company Puma SE in the late 1990s, also said he would pour new effort into increasing sales of parts and accessories and Harley-Davidson apparel. He’s hired a veteran marketer from his Puma days to aid in that project.

Zeitz’s “Hardwire" strategic plan straddles both its past of roaring gas-powered bikes and an electric future. It calls for investing $190 million to $250 million annually, in part to develop Harley’s electrification technology that lags behind Asian and European rivals.

The company announced an equity grant to 4,500 Harley workers in an effort to promote internal buy-in of the plan.

The first non-American CEO in the company’s 118-year history, Zeitz has scaled back his predecessor’s overseas ambitions, culled the new model pipeline, and starved dealers of inventory to raise prices. Now he has to find growth beyond an aging U.S. customer base, a problem that has bedeviled past Harley CEOs.