Ford Motor Co.’s new Ranger truck topped a ranking of vehicles that contribute most to the US economy, while three Tesla Inc. models were placed in the top nine.

The two companies’ brands were absent from Cars.com’s top 10 last year but stood out in the 2020 version of automotive site’s "American-Made Index". Ford’s pickup and Tesla’s Model S, X and 3 all made their debut in the annual study.

“Tesla’s participation is one of the major developments this year," said Kelsey Mays, senior editor of Cars.com. The electric-car maker fared well because it uses a lot of US-sourced drivetrain components, and its US vehicle assembly employs many workers, she said.

(Also read: Sex, booze and Netflix: What Americans can give up to own a pickup truck)

Honda Motor Co. matched Tesla with three vehicles in the top 10, but that was down from five last year. Honda’s Odyssey minivan, Ridgeline pickup and Passport SUV all are made in Lincoln, Alabama. Fiat Chrysler Automobiles NV’s Jeep Cherokee took the No. 2 slot, dropping one place. General Motors Co.’s Chevrolet Corvette was another repeat top-10 finisher, joined by the Chevy Colorado mid-size truck at No. 10.

The ranking is based on five criteria Cars.com has said aren’t equally weighed, including assembly location, parts sourcing as determined by the American Automobile Labeling Act, factory employment relative to sales and sourcing of engines and transmissions. Of the roughly 350 new vehicles on the market in the US, 91 qualified for inclusion in the index. 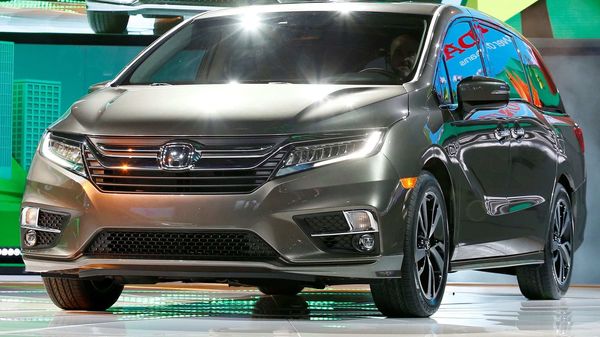 More than two-thirds of American consumers who responded to a May survey said they considered US economic impact when shopping for a vehicle, according to Cars.com, essentially unchanged from last year. But 37% of respondents said the coronavirus outbreak will make them more likely to purchase a US-made model, with just 4% replying they will be less likely to do so.

Domestic parts content also will become increasingly important under a new trade agreement the US struck last year with Canada and Mexico to replace Nafta. Under President Donald Trump’s renegotiated deal, automakers must raise North American content to avoid tariffs. They also must abide by tighter minimum-wage standards for workers.

Automakers including Tesla, Ford, Honda and Fiat Chrysler will have an easier time meeting the new standards under the US-Mexico-Canada Agreement than manufacturers that don’t build as many of their cars where they sell them, Mays said.

The new USMCA rules are set to go into effect July 1, but the US is giving automakers five years to meet key requirements.