Groups representing Mexico's automakers and car parts suppliers are lobbying for regional content rules in the new North American trade agreement to be implemented in 2021 instead of on June 1 this year as scheduled.
By : Reuters
| Updated on: 27 Mar 2020, 12:01 PM 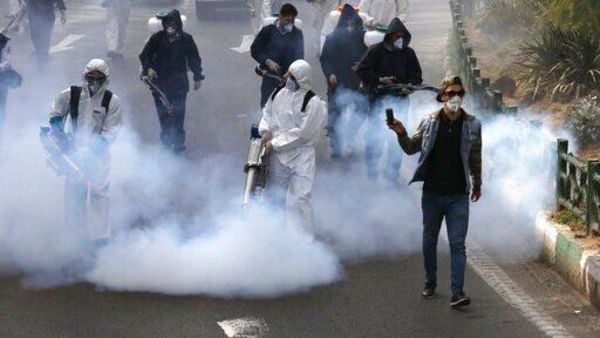 Groups representing Mexico's automakers and car parts suppliers are lobbying for regional content rules in the new North American trade agreement to be implemented in 2021 instead of on June 1 this year as scheduled, according to an industry letter seen by Reuters.

Automakers in Mexico face "a potential scenario of non-compliance" because they are unable to review how their processes need to be modified, the letter said. It was addressed to Mexican Foreign Minister Marcelo Ebrard and Economy Minister Graciela Marquez on Feb. 24.

(Also read: Coronavirus fallout: Who will pay the car industry’s bills this time?)

"We request your valuable support and urgent intervention ... so that the rules of origins for cars in the new United States-Mexico-Canada Agreement, USMCA, enter into force on January 1, 2021," it said.

Earlier this month, groups representing automakers and suppliers in the United States said they supported delaying the planned June 1 entry into force date for USMCA, warning the fast-approaching date puts undue pressure on them to comply with the new rules of origin.

Just "67 days before June 1, the industry still doesn't know the official text for the Uniform Regulations which establish (...) the methodology used to calculate regional content values, to comply with the new USMCA rules," Mexican industry association Concamin said in a statement on Wednesday.

This is to be phased in over three to four years, but automakers have to certify compliance with the initial requirements when the agreement takes effect.

The coronavirus outbreak, which causes a respiratory illness called COVID-19, has infected more than 500,000 people and killed over 22,000 worldwide. It has ravaged industries across the globe and forced automakers in North America to suspend operations.

"If we include the problems derived from COVID-19 in terms parts and components supply and the reduction of operations due to stoppages ... in our country it will be impossible for companies to comply with the new rules on June 1," said Concamin.