Coronavirus fallout: Who will pay the car industry’s bills this time? 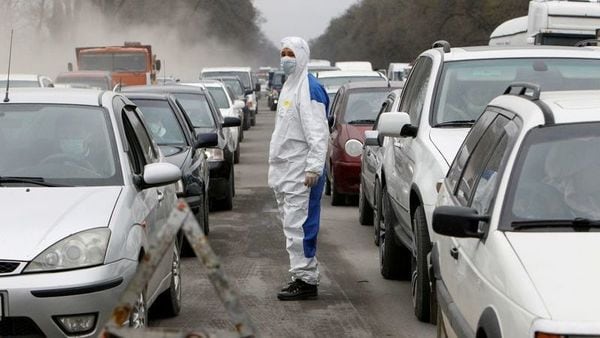 At the rate the coronavirus is spreading, car companies won’t be making vehicles or big profits for a while. Who’s going to foot their bills in the event of an economic downturn like 2008? A financial crisis-like bailout won’t be a good look.

Heading into this slump, carmakers were hardly exercising restraint, splashing out on big, tech-savvy investments and electric vehicles. Many global brands like Ford Motor Co. botched their bets in China, the world’s largest market, and have struggled to keep up there as it weakened.

Now, from the U.S. to India, Vietnam and Thailand and elsewhere, auto giants are shutting down production. It means more than turning the lights off. Sales are expected to fall almost 15% this year to fewer than 80 million vehicles, according S&P Global Ratings. In the U.S., the drop may be the biggest since 2009. Even as China tries to get back to work, auto and parts factories will likely run at low capacity.

The pandemic is showing up vulnerabilities on balance sheets. Over the past two days, Moody’s Investors Services downgraded auto manufacturers including Toyota Motor Corp. and BMW AG, and put several others on review, including General Motors Co., citing “weaknesses in their credit profiles including their exposure to final consumer demand for light vehicles." S&P downgraded Ford to junk status and put Toyota on review.The billions of dollars of cash that car companies are sitting on may give investors comfort that contingency plans are in place. But automakers run cash-intensive businesses, paying suppliers and funding operations. Having a cushion helps in tough times, but not for long.

Unlike other cash-heavy enterprises, most also run so-called negative working capital, meaning their current liabilities are higher than current assets. A dollar upfront is better than a dollar in a few weeks. The reason they can do this is because they get paid by their dealers before delivery – especially in the U.S, which is a credit-driven market.

That’s all good when the cars are selling. But when thing turn down, these companies start burning through cash quickly, as my colleague Chris Bryant has written. Pre-virus sales outlooks were already poor. The trouble with Covid-19 is that no one knows how long it will last or when buyers will return. That makes it harder to say how much cash they’ll need, part of the reason some are proactively drawing down their credit lines.

In the current gloom, it’s worth looking at how far every dollar of sales goes toward meeting operational expenses and paying down short-term debt, or the ratio of working capital to sales. Companies still have to meet their payables, but inventories aren’t being drained. During the financial crisis a decade ago, Bloomberg Intelligence’s Joel Levington notes the ratio started slightly negative and rose to 5%. If that occurred again, he estimates, an average automaker would need an additional $6.9 billion of capital. With cash needs cropping up across the economy, it’s unclear where that money would come from.

The descent can be quick: At the height of the crisis, Japanese automakers in the U.S. ran negative free cash flows of 830 billion yen ($7.7 billion), according to Goldman Sachs Group Inc., dropping from close to positive 2 trillion yen. In China, cash flows are highly correlated to profitability. If you’re running losses, working capital will bite. The cascading effect of a cash crunch could run far and wide. Some large Chinese auto parts manufacturers rely on international automakers for 30% to 50% of their business to generate positive operating cash flow. “This could change quickly," says Jefferies Financial Group Inc. analyst Alexious Lee.Then there’s the debt coming due. Automakers haven’t piled on large amounts except for their financing arms. But, per Levington, as of last week $179 billion of debt had a 30%-plus chance of default. The convulsions in markets will make it more expensive to pay. The likes of Tata Motors Ltd.-owned Jaguar Land Rover Automotive Plc have seen their bonds trade down to as low as 59 cents on the dollar. Across the sector, more than $100 billion matures this year with almost 40% rated below A, he notes.Financing arms, a big source of problems in 2008, have again become major drivers of operating profits. If China is any indication for how quickly things can sour, defaults on auto loan-backed securities rose sharply last month and prepayments fell to a record low.The position of car giants is now reminiscent of the pre-financial crisis years. When Detroit’s automakers were on the verge of collapse, the U.S. government braved public rebuke and stepped in with $82 billion in various forms to avoid the economic pain of collapse. The bailout remains debated, but one thing is clear: Carmakers will need help this time, too. While Washington’s new $2 trillion stimulus could indirectly benefit the sector, prolonged pain would need more support.

Cars may have gotten better since the last crisis, but automakers haven’t readied their balance sheets or operations for one as severe as this is turning out to be.