Home Auto News Sex, Booze And Netflix: What Americans Can Give Up To Own A Pickup Truck

Sex, booze and Netflix: What Americans can give up to own a pickup truck

The study, conducted by Ford Motor ahead of the launch of new F-150 pickup trucks, reveals how deeply the Americans are in love with these go-anywhere vehicles.
By : Sabyasachi Dasgupta
| Updated on: 23 Jun 2020, 08:00 AM 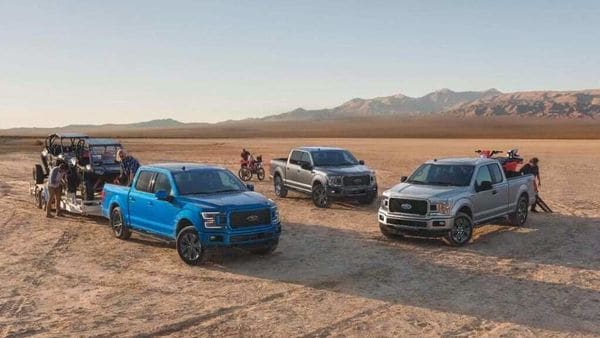 A study conducted by Ford Motor reveals how deeply the Americans are in love with these go-anywhere vehicles.

America’s love for pickup trucks is known all over the world. Even during the Covid-19 pandemic, pickup trucks sales surpassed passenger cars in the country. From Ford Motor to Tesla, almost every carmaker in the United States has at least one pickup truck in their product lineup to have piece of the pie that dominates car sales in the US.

A recent survey has revealed America's love for pickup trucks runs really deep. It says some of the Americans are ready to give up drinking alcohol, online streaming services and even sex to own a pickup truck.

Ford Motor has conducted the survey with help from PSB, a global analytics consultant company, to find out why Americans are so madly in love with pickup trucks. And it has thrown up interesting results.

Ford decided to pick owners in age group ranging from 18 years to 65 years, both make and female, asking them what activities they would sacrifice for an entire year before they would give up the keys to their trucks.

A whopping 82 percent of Americans said they would love to give up their online streaming service to watch movies or listening to music, 79 per cent would trade a year’s supply of booze and 71 per cent are ready to sacrifice drinking coffee.

The list doesn’t end here. 47 per cent of the respondents said they will stop using their expensive phones, 44 per cent can stop eating beef and a significant 38 per cent Americans are ready to stop having sex for an entire year. All for a pickup truck! 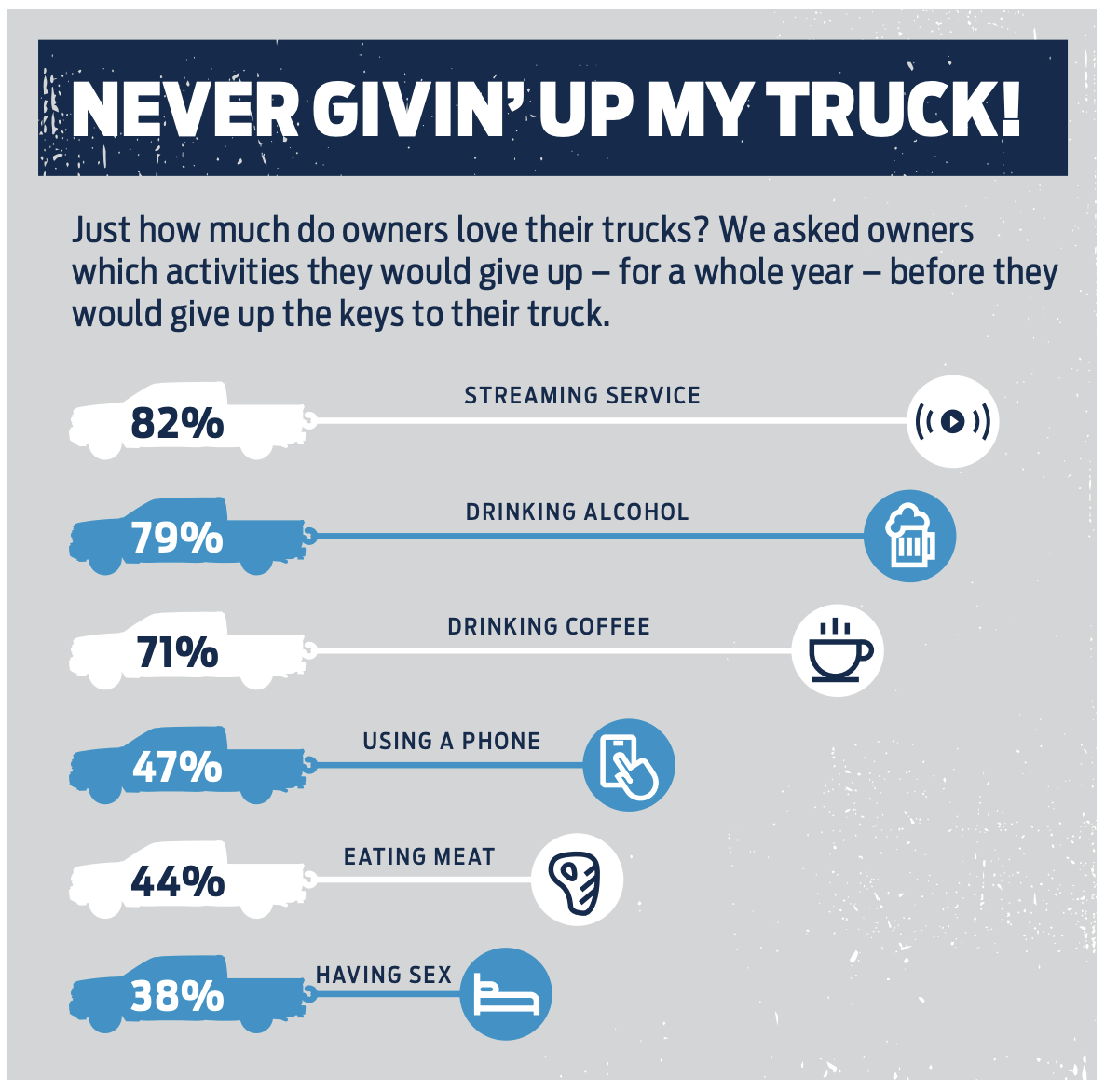 Ford Motor's survey on what Americans are willing to give up for a pickup truck has thrown up interesting results.

That is not all. Owners of pickup trucks also see their vehicles as a mean to help those in need. 94 per cent of the entire survey population said they have used their vehicles to help people, and 34 per cent used their pickup to provide assistance.

The survey also gave responders to pick their choice of pickup trucks to gauge people's response on switching to cleaner energy. Interestingly, only 40 per cent of them sounded excited to the idea of an electric pickup truck. Tesla has been the first carmaker to launch an electric pickup truck in US called the Cybertruck. Tesla will be followed by other US auto giants like Ford with its upcoming F-150 electric, General Motors' Hummer EV and Nikola's Badger electric. Among the 40 per cent who are interested for green pickup trucks, 62 per cent are from California.

(Also read: From Tesla Cybertruck to Hummer, 2021 could be a watershed year for EV segment)

The respondents also listed the conditions they would consider before owning an electric pickup truck. They want an assurance that these vehicles would not compromise on power, capability and functionality, lower maintenance cost than the ones run on fossil fuel and adequate charging infrastructure across the country.

The Ford F-150 electric pickup truck is scheduled to be launched on June 25. The carmaker has officially revealed the first look at the upcoming 2021 F-150 pickup truck recently.

F-150 pickup trucks contribute a major portion to the carmaker’s sales figures in United States. In 2019 the F-Series of the American brand recorded sales of about 900,000 vehicles, at a time when all of its models across Europe sold 1.33 million. This alone shows the importance of the F-150 and the F-Series in general in Ford's bottomline.