Fiat aims to sell only electric vehicles in Europe after 2027 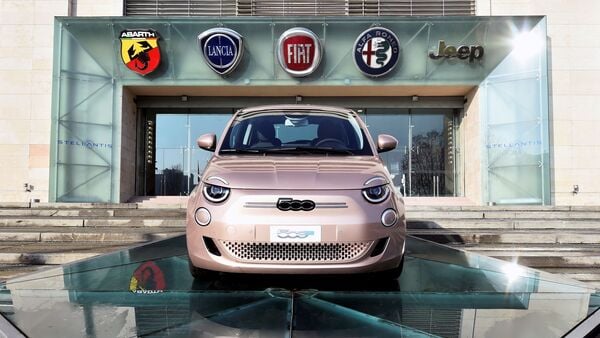 Fiat has planned that it will stop selling internal combustion engine vehicles in Europe from 2027 and focus on building a dedicated electric vehicle portfolio. The automaker announced its decision during its parent company Stellantis' 2021 financial report declaration, Insideevs reported.

Stellantis which is the world's sixth-largest auto company informed it will launch a new Fiat-badged electric vehicle this year or next year. This will bring the number of EVs under the Fiat umbrella to two. Fiat's first EV on offering is 500e. Currently, the entire group offers 19 EVs. The group is also working on additional electrification plans for the rest of the brands.

Stellantis recently announced its annual report for 2021. It registered a net profit of €152 billion, which is up by 14 per cent and a net profit of €13.4 billion, which nearly tripled year-on-year. The company stated last year it launched more than 10 new models, which included the Citroen C4, Fiat Pulse, DS 4, Jeep Grand Cherokee, Wagoneer, Maserati MC20, Opel Mokka, Opel Rocks-e and Peugeot 308.

Chief Executive Officer Carlos Tavares said these record results prove that Stellantis is well-positioned and is able to deliver strong performance, even in uncertain times. “Together, we are focused on executing our plans as we race to become a sustainable mobility tech company," added Tavares.