Cheapest Tesla ever is closer than ever? Panasonic readies new battery

Tesla shares the new battery from Panasonic can be used in electric vehicles ranging in $25,000 bracket as the battery is larger in size and may feature fewer cells and EV related parts.
By : HT Auto Desk
| Updated on: 11 Mar 2022, 11:23 AM 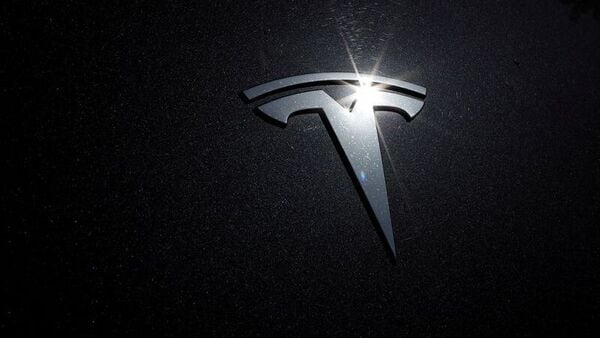 Tesla has a massive lead over rivals in the world of electric vehicles and CEO Elon Musk knows that Tesla will have to continue selling EVs in higher numbers to maintain - or potentially expand - this lead. Already a key player in select markets where available, Tesla has also been looking to storm into newer markets with eyes on countries in Latin America and Asia, India included. And with this in focus, Musk wants a Tesla EV that's more affordable than Model 3 for which, Panasonic is developing a more capable battery.

Musk has already stated that this new and bigger battery - with larger volume and fewer cells - will be crucial for EVs costing around $25,000 (approximately ₹20 lakh). In the US, the Model 3 at present costs around $35,000 (approximately ₹26.70 lakh). Of course, the final price is also determined by taxes, import duties if manufactured elsewhere, subsidies announced by governments. But a lower-priced EV would generally - and eventually - cost comparatively lesser to the final customer and becoming a volume driver.

Panasonic has been working to develop a bigger ‘4680’ battery that it intends to sell to Tesla stating it has the capability to meet the demand of the EV major. The company shared it has been working on the battery past year and a half. Kazuo Tadanobu, Chief Executive Officer of Panasonic’s energy business shared in a recent interview developing these new batteries has ‘taken an immense amount of stamina’ over the past months. He shared many are trying to put more energy into already existing cell sizes, however, Panasonic's move to change the entire shape of the battery showed gumption. Adding that the company was unsure about how it will be received, Tesla has acknowledged that the new batteries are viable with its Model 3 EV and also provides the performance that the EV company demands.

Panasonic informed it will start mass production of 4680 batteries in April 2023. It also has plans to build two additional production lines as well as facilities at its Wakayama factory in western Japan. Before this, the company is setting up a prototype production line for the batteries, which is also in Japan.

Tabanobu shared he believes cells have the potential to change the world of transport and the new 4680 battery will have a significant impact on the transportation segment bringing down the price of EVs which will result in carbon emission reduction. From an environmental perspective, “electrifying vehicles is the most impactful revolution that’s happening within our society," and Panasonic's 4680 batteries can be the new path forward, he said.