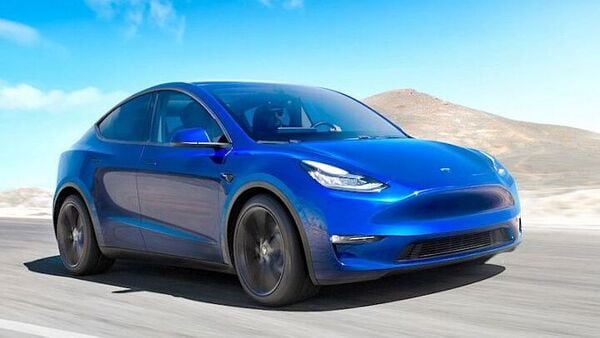 After receiving the green signal for mass production commencement at Giga Berlin, Tesla is now gearing up for the first delivery of its made-in-Germany Model Y electric crossover, which is slated for 22nd March. The US electric car major has started sending out invitations for a delivery event on March 22, reports Electrek. The invitation reveals that the event is slated for 3 PM local time. The first batch of Tesla Model Y EVs made at the Berlin plant come equipped with 2170-type cylindrical battery cells, with the goal being to switch to 4680-type cylindrical cells later on.

The Giga Berlin is the second gigafactory of the automaker outside the US. Previously, Tesla started manufacturing Model 3 and Model Y cars at its Giga Shanghai plant. The Giga Berlin plant will initially manufacture Tesla Model Y cars, which will be sold in Germany and in the rest of Europe as well. Besides that, Tesla will ship the made-in-Germany cars to other markets as well. At a later stage, the plant might manufacture Model 3 cars as well, without too many modifications.

Tesla Model 3 is currently the bestselling car for the brand, while the Model Y comes as the second bestselling electric vehicle from the US brand. Tesla is already leading the global electric car market and its first gigafactory in Europe is expected to boost the sales further, giving the automaker more edge over other players in the segment.

Tesla has already built hundreds of Model Y cars at its Giga Berlin factory. The automaker received its official building permit last week after much delay. The permission came following the environmental approval of Tesla's assembly plant located on the outskirts of the German capital.