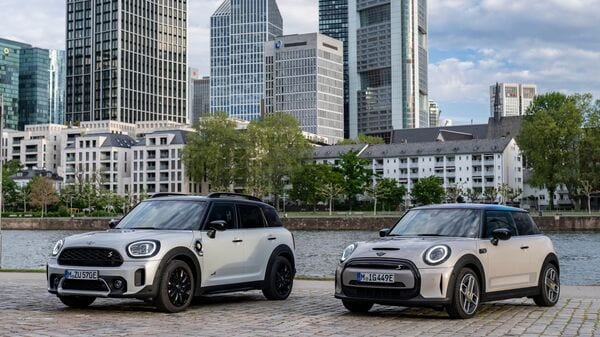 Germany became the most important market for the company as it sold more than 10,000 units of the fully-electric MINI Cooper SE.

BMW MINI has reported an increase in its global vehicle sales by 3.3 per cent for 2021. The premium car brand sold a total of 3,02,144 units last year, noting a rise in the demand for its electric vehicles. The company sold 53,243 EVs, a rise of 64.3 per cent which constitutes around 18 per cent of its total worldwide sales last year.

The luxury automaker stated that Germany became the most important market for it as it sold more than 10,000 units of the fully-electric MINI Cooper SE along with 3,473 units of the MINI Cooper SE Countryman All4. Hence, around 31 per cent of newly registered MINIs in Germany were electric vehicles, conveyed the brand.

Bernd Korber, Head of the MINI brand, said that the sales result reflects the fact that every tenth new MINI is fully electric. “The MINI community is growing, and it is moving towards electromobility with great strides," added Korber.

MINI's three-door model recorded 1,05,511 new registrations filing a growth of 10.1 per cent. Sales of MINI Countryman model also saw an increase of 6 per cent that is its figure stood at 82,362 units. Demand for MINI Convertible increased as well, as it registered sales of 25,121 units last year.