The new Mini Cooper SE looks almost identical to its ICE-powered sibling.The first lot of the Mini Cooper SE has been fully booked in India.
By : HT Auto Desk
| Updated on: 11 Dec 2021, 10:29 AM 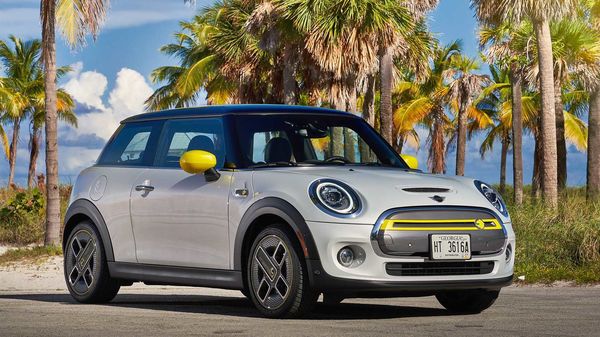 The new Cooper Electric SE was teased by Mini India earlier this year in October. The company also started accepting pre-bookings for the car towards the end of October 2021 at a token amount of ₹1 lakh. Soon after this announcement, the first lot of the car comprising 30 units was fully booked within a few hours. Now the company has announced that it will officially launch the new Cooper SE in India in March'22.

(Also Read: 2023 Mini Cooper hardtop is here, will come with an EV variant)

As the name suggests, the new Cooper Electric SE will be the electrified version of its ICE-power counterpart. Propelling this car would be a 32.6kWh battery pack claiming to churn out an equivalent of 181bhp and 270Nm of torque. Its battery pack will support close to 270 kms on a single charge. And the car has been claimed to sprint across 100kmph from a standstill in 7.3 seconds.

The new Cooper Electric SE can be charged with an 11kW charger and a 50kW charger, with 0-80% charge attained in 2.5 hours and 35 minutes, respectively.

The company is backing the electric Mini to be a solid option for buyers looking for a zero emission product in the luxury car segment. “With the first-ever Mini Electric, Mini once again is the frontrunner in the urban mobility segment," said Vikram Pawah, President, BMW Group India. "With pre-booking, our customers and Mini fans have a chance to secure the purchase ahead of the launch and be the first in the country to drive the all-electric Mini.