2023 Mini Cooper hardtop is here, will come with an EV variant 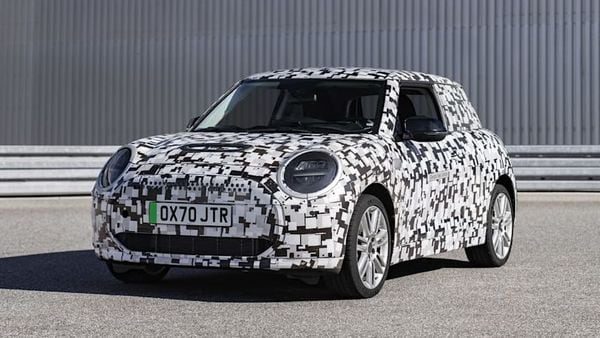 The 2023 Mini Cooper comes continuing with the iconic design elements of the automaker.

Iconic British luxury car marquee Mini has revealed its upcoming 2023 Mini Cooper hardtop, in a camouflaged avatar though. The luxury hatchback carries a design that is visually similar to the contemporary Mini cars. Expected to be launched in 2023, the new Mini Cooper hardtop will come with an all-electric variant as well, the automaker has revealed.

The 2023 Mini Cooper will be accompanied by a Mini Countryman SUV, which will also be available in an all-electric variant. This comes as part of the automaker’s zero-emission product strategy. Mini aims for 50 per cent of its sales to come from all-electric vehicles by 2027. However, in an attempt to balance the shift, Mini aims to sell both ICE and all-electric variants of the new Cooper and Countryman. Mini has said that its last internal combustion engine-powered car will be launched in 2025.

Speaking about the new Mini Cooper hardtop, despite the heavy camouflage, the car reveals its outlines pretty clearly. Proportionately its looks like Mini will not make much change. The single-frame grille, bug-eyed swept-back LED headlamps too will be there. Expect plenty of chrome embellishment around them. The side profile of the car doesn’t reveal much. However, expect it to get sporty alloy wheels. At the back, the Union Jack-inspired LED taillamps with unusual inward turn indicators would continue.

The interior of the car is yet to be revealed, but expect Mini to continue with its signature styling philosophy. However, some changes would be seen in terms of materials, colour trims, features and technology.

Overall, one thing is clear, despite the 2023 Mini Cooper is a completely new model, it will not toy with the iconic design language that Mini is known for. This comes in line with Mini boss Bernd Korber’s comment. Back in December 2020, he said that Mini will bring a modernized car in 2023 by taking a big step, the b9iggest one in the last 20 years. But, he also stated that it will be unmistakably a Mini car.