Home Auto News An All Electric Version Of Bmw Mini Paceman May Come In 2024: Report

An all-electric version of BMW MINI Paceman may come in 2024: Report 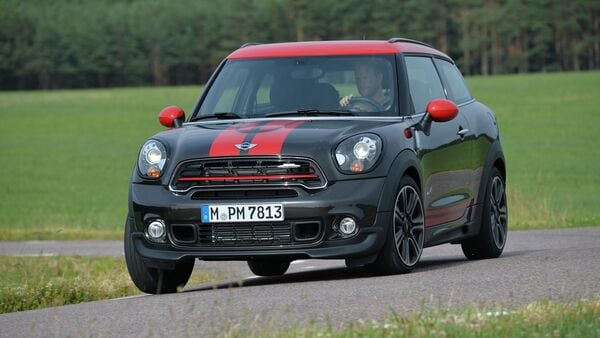 BMW MINI is planning to bring in two all-electric crossovers and one of them could be a renewed version of the MINI Paceman model. According to a report by Car magazine, MINI wants to bring back the Paceman version, a three-door crossover, that the company built from 2013 to 2016. It also stated this expected MINI model that may make its debut next year for 2024 will be a four-door crossover intended to appeal to a larger customer base.

It is expected that the new Paceman may sport an all-wheel-drive system. Nothing is known about the electric powertrain that the crossover may get though it is being speculated that it may come with a battery of around 60-kilowatt-hours in size. In the report, MINI CEO Bernd Korber said that the company plans to use a bespoke EV platform and aims to upgrade its present architecture and use it in its future vehicles.

The electric Paceman may also get some styling references from the next-generation MINI Cooper. It may get an extra-large body-coloured grille and a roofline that might be less sporty than its older version. Except for these, not much is known about the upcoming electric version of MINI Paceman.

BMW MINI made an announcement last year about launching its last internal combustion engine vehicle in 2025 before it becomes a fully electric vehicle brand. Though battery powertrains have many advantages, these are also very heavy and large in size and fixing them smaller vehicles from MINI is quite a challenge, however, the automaker is putting efforts to bring in new technology to handle the situation so that transition of MINI towards becoming an all-electric brand is smoother.