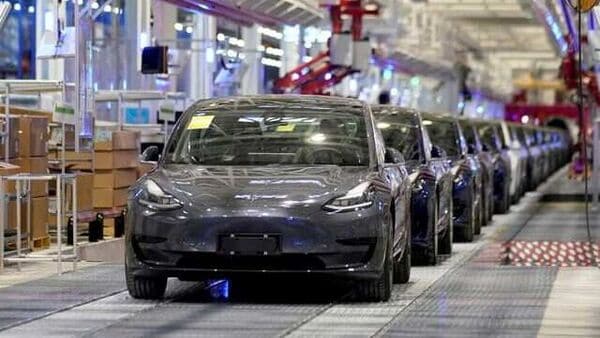 Tesla is planning to suspend most of its production at the Shanghai Gigafactory for two weeks in July owing to a pending upgrade of the site, reports Reuters. The EV manufacturer is reportedly aiming to boost the facility's production capacity closer to its goal of rolling out 22,000 cars every week. The upgrade would enable the car brand to reach closer to its goal and produce a record-high number of electric vehicles by the end of next month, claims the report.

The move comes in line with Tesla CEO Elon Musk's previous announcement of increasing production and sales volume. Musk previously said that the auto man8ufacturer's constraints are much more in raw materials and being able to scale up production. "We are increasing production capacity as fast as humanly possible," he further added.

The ongoing raw material crisis including several crucial parts like microchips has impacted Tesla's production like several other automakers around the world. However, with the situation easing slowly, Tesla is now aiming to ramp up its production. Tesla's Shanghai Goigafactory is the first such plant outside the US for the automaker. It has been manufacturing two of the carmaker's top-selling electric cars - Model 3 and Model Y. Besides selling these models in the Chinese domestic market, Tesla is also exporting the EVs to several overseas countries.