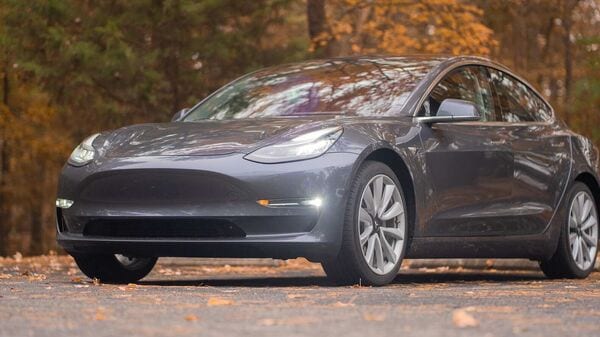 Tesla Model 3 is one of the impacted cars.

Electric car major Tesla has removed steering rack ECU from some of its Model 3 and Model Y EVs last year, which were built at the automaker's Shanghai plant, reports CNBC. The steering rack issue in question is primarily used as a backup.

As Tesla has removed the ECU from its select Model 3 and Model Y cars, several thousand vehicles in China, Australia, UK, Germany and other European countries have been impacted. Interestingly, the automaker has not disclosed the change officially.

Removal of the steering rack ECU from these affected electric cars means, these particular Tesla cars will not be able to receive Level 3 autonomous driving features through the over-the-air (OTA) software update, like the other Tesla cars around the world. The owners of the affected Tesla cars will have to get a steering rack retrofit at the Tesla service centre if they want to receive the auto company's latest autonomous driving features.

The report claims that Tesla discussed whether it needed to notify customers about the removal of the steering rack ECU. Ultimately the EV major decided not to inform the consumers about this change until the Level 3 autonomous driving feature is available for its cars.

The report also claims that the vast majority of its impacted Model 3 and Model Y electric cars were initially delivered to customers in China, here just one per cent of customers are opting for the $12,000 Full Self-Driving (FSD) package.

Tesla Model 3 and Model Y are two of the most selling electric cars from the US-based car major. The car brand is currently working on its FSD technology that is expected to take the game up one notch up from the current semi-autonomous driving technology popularly called Autopilot.