Ford aims to build more than half million EVs by end 2023. Here's the full plan 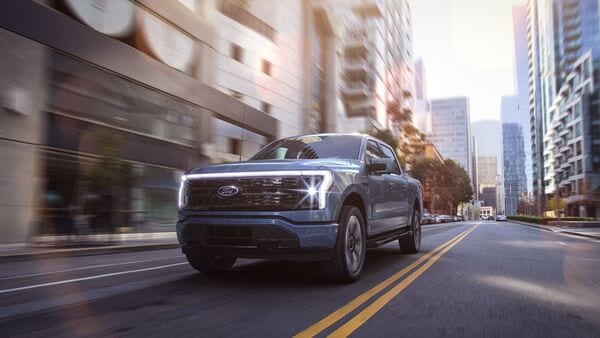 Ford announced that it has secured enough batteries to develop more than half a million electric vehicles annually by late next year. This is way more than what Ford sold last year in the United States which is 27,140 EVs. Ford said it has signed contracts with suppliers representing 60-gigawatt hours of annual battery capacity which is sufficient to build 6,00,000 EVs a year.

Ford shared it has also secured battery capacity to build more than two million EVs annually from 2026. CEO Jim Farley, in March this year, had shared the same goal for the company. According to a report by Bloomberg, Ford will start using less expensive lithium iron phosphate battery packs produced by CATL in its Mustang Mach-E models starting next year and its all-electric F-150 Lightning pickup truck by early 2024. The automaker also reported that it has planned to get 40-gigawatt hours of those batteries annually in North America in 2026, however, will import these for the time being from China.

Ford is trying to catch up with popular EV maker Tesla with its massive investment worth $50 billion in electrification through 2026. An earlier report also stated that the automaker is also gearing up to cut 8,000 jobs in the coming weeks to push profits and help fund its EV goals.

Ford shared that by late next year, it expects to make 2,70,000 Mustang Mach-Es annually along with 1,50,000 F-150 Lightning models and 150,000 Transit EV commercial vans and 30,000 units of a new electric SUV for Europe. “We are putting the industrial system in place to scale quickly," Farley said. He also added the company's e-team is moving with speed and focus to secure the battery capacity and raw materials that the brand needs.