Central Consumer Protection Authority has served notices asking why action should not be taken against EV manufacturers whose products have caught fire in recent times.
By : HT Auto Desk
| Updated on: 26 Jul 2022, 15:32 PM 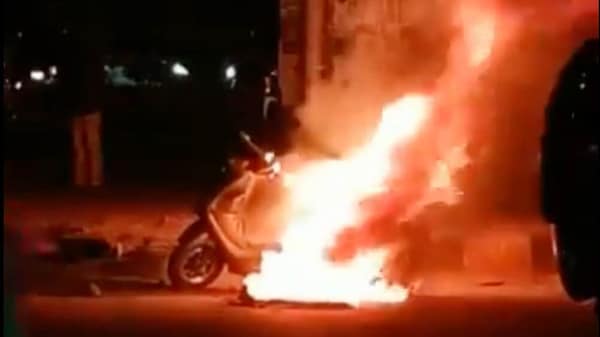 File phot of an EV catching fire is used here for representational purpose.

Consumer protection regulator Central Consumer Protection Authority (CCPA) has issued notices to several electric vehicle (EV) manufacturers in the light of several battery-powered units catching fire across the country. News agency PTI reported that notices have been issued to around five such EV manufacturers while concerned ministries are also looking into the overall issue.

As per the agency report, CCPA Chief Commissioner Nidhi Khare questioned if the concerned manufacturers sold products that passed the standard test procedures. “We have issued notices to 4-5 companies. We asked them to provide reasons for series of fire incidents in EVs and why the regulator should not take action against them," she said, adding that suo moto action was taken after several complaints were received by CCPA.

Although the names of the EV manufacturers who have been served notices have not been revealed, it is expected that stern action would be taken against any manufacturer whose product has or does go up in flames - posing a risk to not just the rider and the pillion but everyone around.

This latest move comes shortly after the Centre too had issued show-cause notice to all EV manufacturers whose products had caught fire recently. Union Minister Nitin Gadkari had informed Lok Sabha that these EV manufacturers have been asked to reply to the notice and would be liable to face action if they failed to do so. (Read full report here)

Still earlier, Centre had roped in the Centre for Fire Explosive and Environment Safety (CFEES) to probe the circumstances that led to the fire incidents. Even the Defence Research and Development Organisation (DRDO) has been asked to investigate the EV fire incidents and its report has now also been sought by CCPA.

While EV adoption is on an upswing in the country, concerns have emerged on the safety aspect after EVs from several manufacturers caught fire without any hazardous reason like crash or accident. A spurt in the number of EV manufacturers - especially start-ups in the electric scooter space - has also raised quality-control issues as each fights with another to gain ground in the segment.