BMW teases i7 electric sedan, to debut at 2022 Beijing Auto Show on April 20

BMW i7 will come as the Bavarian auto giant's flagship electric sedan.

BMW has teased the upcoming flagship electric sedan i7 and confirmed its debut slated for April 20 at the 2022 Beijing Auto Show. The German luxury car marquee also said that it will also unveil an entire range of next-generation 7-Series along with the i7 at the same event. The automaker describes the i7 as the world's first all-electric luxury sedan, which is technically correct, considering that its biggest competitor Mercedes-Benz EQS comes with a rear hatch.

The teaser images reveal some design elements of the much-hyped BMW i7. There is BMW's signature kidney grille, similar to the XM. It comes flanked by sleek and sharp crystal glass LEDs and the second pair of lighting units underneath. The split headlamp pattern was teased through the previous camouflaged prototypes as well. Other design elements include larger lower intake and thin side inlets. 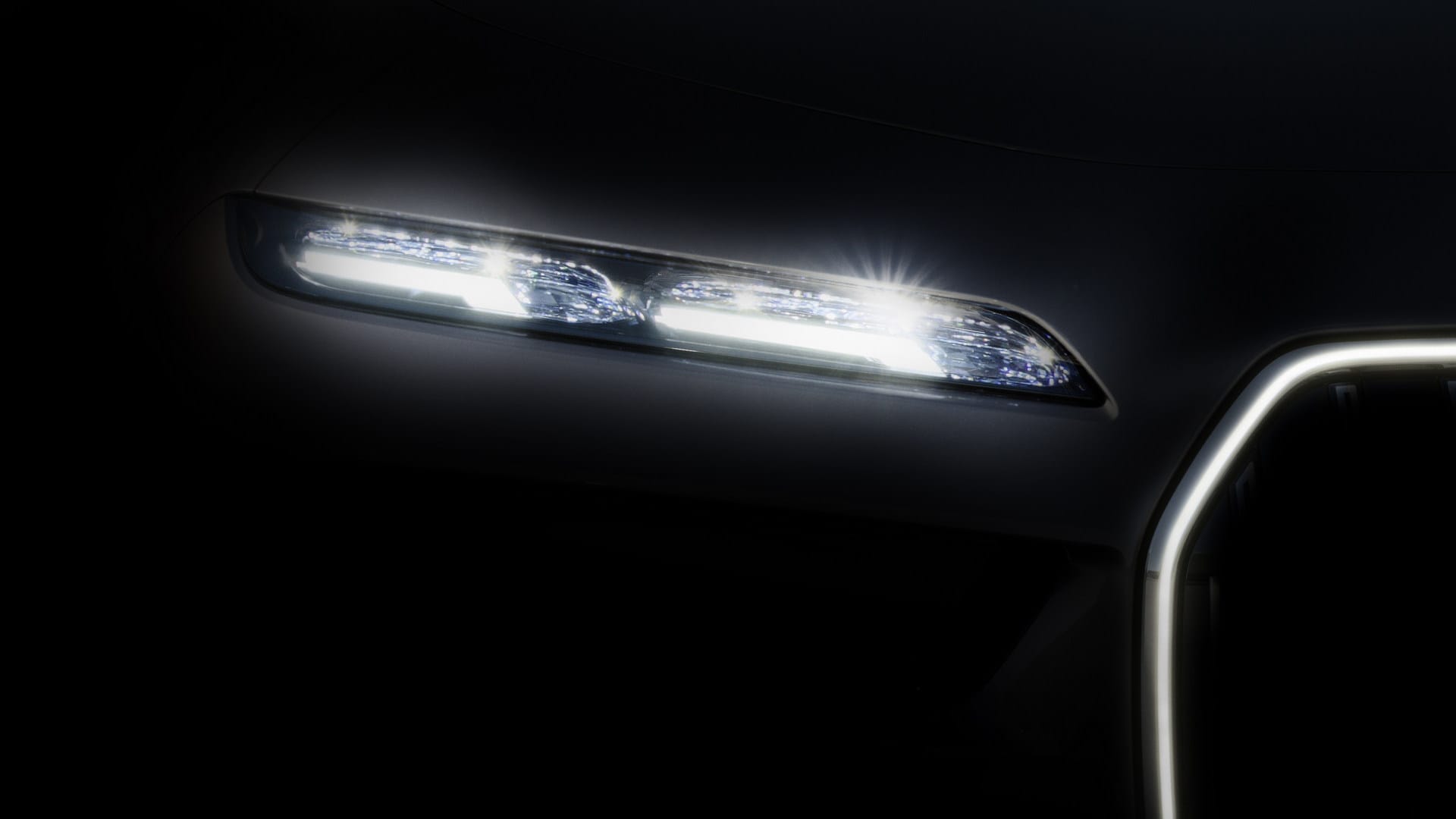 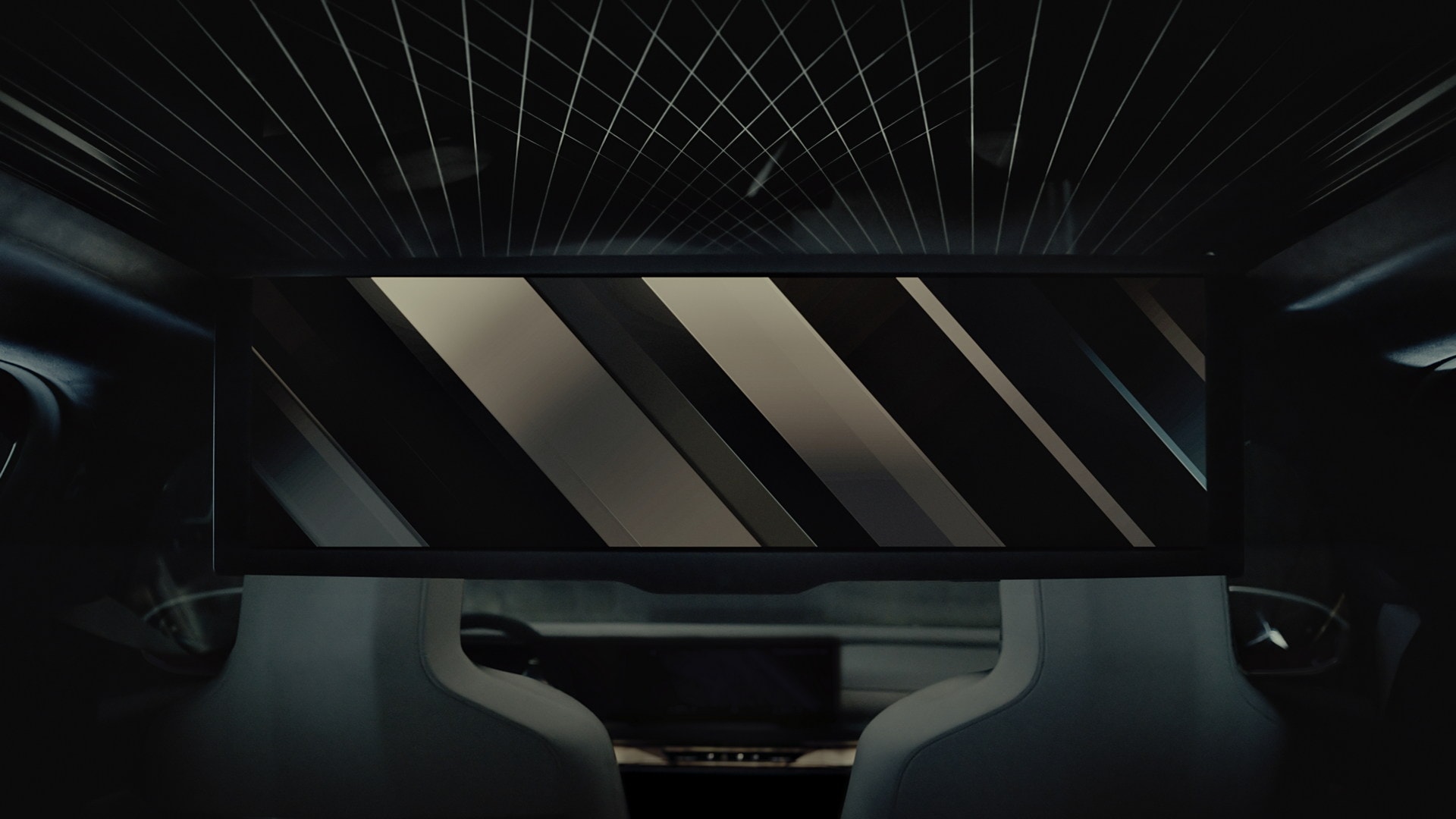 BMW Theatre Screen comes as one of the key styling elements inside the cabin.

Other features inside the cabin of the upcoming i7 include BMW Curved Display on the dashboard with the latest generation of the iDrive infotainment and the BMW Interaction Bar. The BMW Interaction Bar is a new type of light and function strip positioned on the instrument panel and doors providing a visual and haptic quality, claims the automaker. The i7 will also come equipped with a Sky Lounge panoramic glass roof with LED light threads. Also, there will be a new ‘My Modes’ feature that gives access to different driving modes while changing the interior ambience accordingly.

The car brand has revealed the estimated range and power consumption of the upcoming BMW i7. This electric sedan is claimed to offer a range between 580-610 km on a single charge. It could come with power consumption between 19.7 – 18.9 kWh/100 km. The sedan is likely to come with a 120 kWh battery pack, while the top-end variant will get a triple-motor setup producing a total power output of 750 PS. 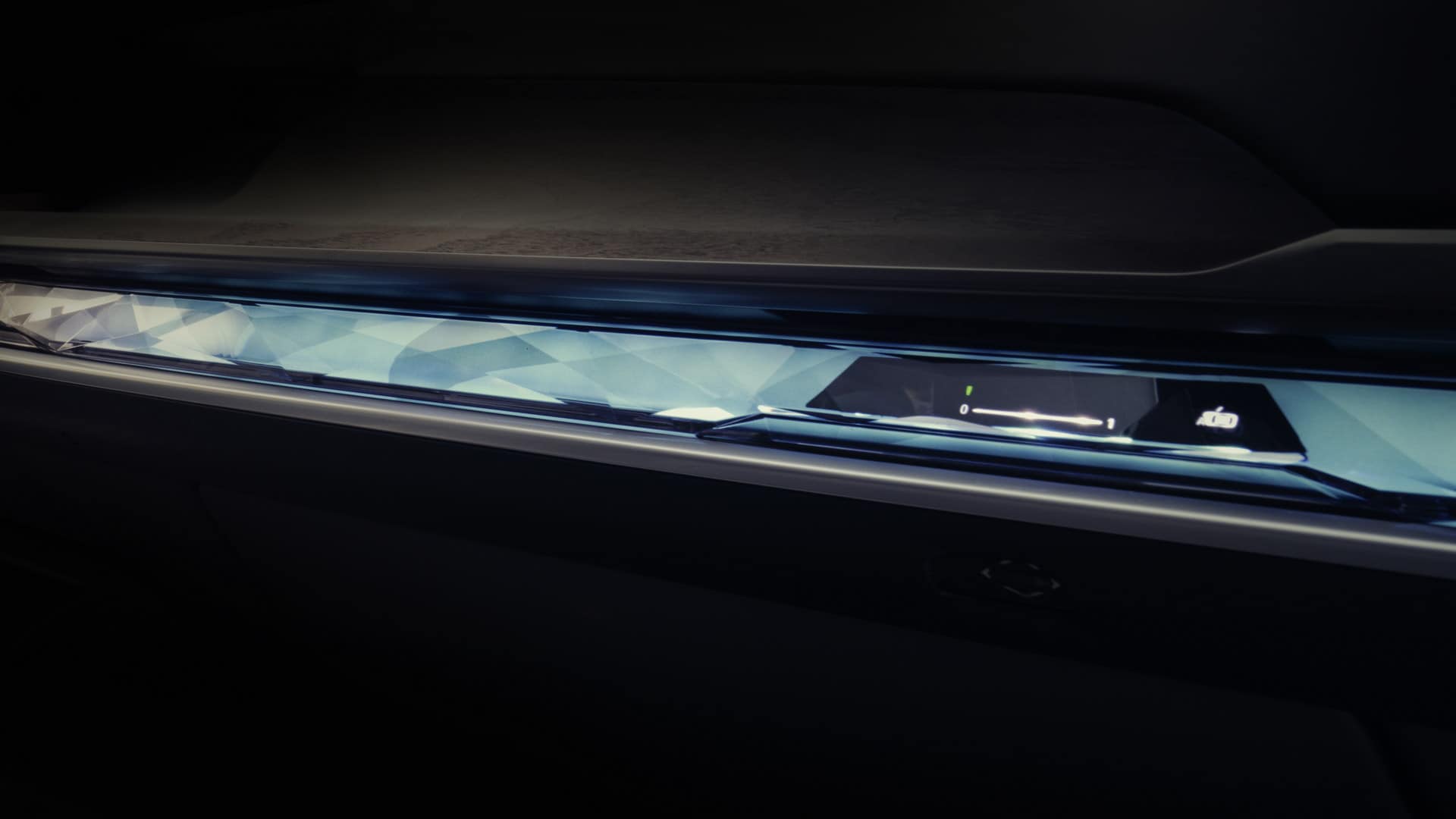 BMW Interaction Bar will be another digitised styling feature inside the cabin of i7.

Speaking about the upcoming BMW i7 electric sedan, Nicolas Peter, member of the board of management of BMW AG, finance, said that the upcoming EV will once again set new standards in all major areas of innovation, especially electrification, digitalisation.

He also said that the BMW i7 will come with a class-leading rear-seat entertainment system and highly-automated driving. He further said that BMW's sixth-generation electric drivetrains developed in-house will bring further major steps in efficiency and range. The automaker claims that it has seen success with its all-electric iX and the sporty i4, and aims to replicate that success with the i7 as well.