BMW foresees 15 electric cars to be in production in 2022 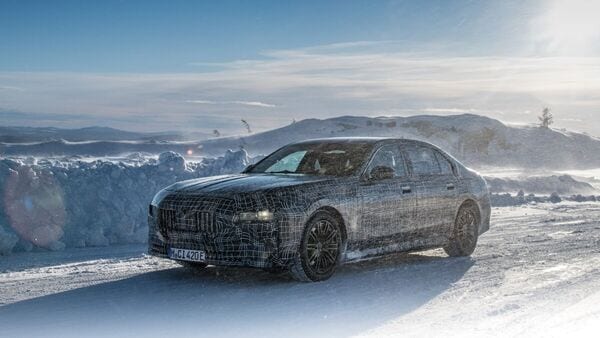 BMW i7 will be the flagship electric sedan from the German luxury car brand.

German luxury car manufacturer BMW expects 15 of its electric cars to be in production this year. These electric cars include the upcoming BMW i7 flagship electric sedan as well. However, the company is slashing its production output due to the current crisis that emerged due to the Russia-Ukraine conflict.

The automaker previously said that it expects sales of fully electric vehicles t double in 2022, as the BMW i4 coupe and iX SUV are slated to go on sales in major markets. However, the Russian invasion of Ukraine has already created supply chain disruption, which is likely to further impact the automotive industry in long term. Looking at this, the German luxury car marquee has predicted that returns from auto manufacturing will be between seven and nine per cent, which is down from its previous estimate of more than 10 per cent in 2021.

BMW has said that it expects car deliveries to remain at 2021 levels of around 2.5 million units this year. Any growth is unlikely as the ongoing conflict between Russia and Ukraine is hammering the production in Europe. Besides production suspension and business suspension in select plants and regions, BMW is also facing severe parts shortage, just like several other automakers in the region.

The semiconductor crisis that has been impacting automobile production around the world for more than a year is expected to face further disruption due to the ongoing war in Eastern Europe. Both Russia and Ukraine supply key raw materials and parts required for vehicle manufacturing and chip production. The war has halted procurement of those, disrupting the chip industry again. In this condition, BMW foresees the semiconductor shortage to continue till the second half of this year.